Terms them counterproductive; Fund team to visit Pakistan in Nov 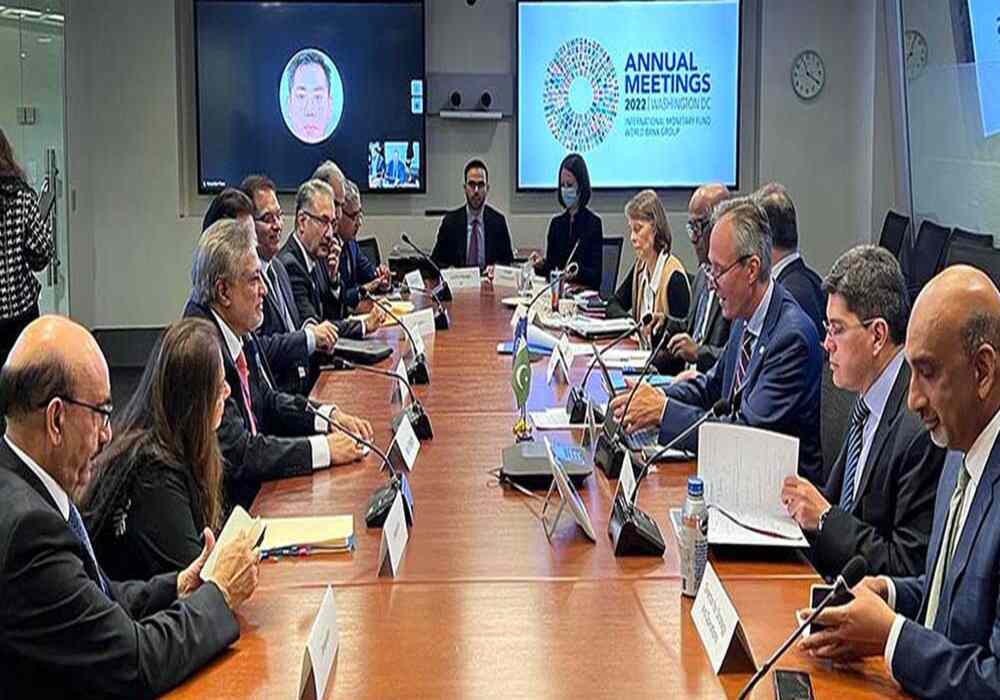 International Monetary Fund (IMF) has warned Pakistan that it should not give untargeted subsidies because of their counterproductiveness and said that the Fund would send its team to Pakistan in November for next review of the current program.

Finance Minister Ishaq Dar has started official engagements in Washington. Ministry of Finance has stated that Dar had a very productive meeting with IMF’s Deputy MD. IMF Director of the Middle East and Central Asia Jihad Azour has said that subsidy had not proven to be effective rather it has been regressive and the Fund had been very supportive with Pakistan. He further added that IMF’s current program with the country has been extended and increased in size so that the additional flexibility could enable it to deal with a confluence of shocks.

Speaking at a media briefing, Azour said that in order to help Pakistan deal with recent shocks like food and commodity prices, the disbursement was accelerated. He added that the flood damage in the country was being assessed by a team of World Bank and UNDP, and IMF was waiting to see the repercussions and impacts on public finance and economy. The IMF director also said that the data will be updated and authorities would be engaged to see their priorities and how the Fund could help.

On the other hand, the finance minister met with David Lipton, counselor on international affairs to the US Secretary Treasury at Pakistan Embassy. The meeting was attended by Ambassador Masood Khan as well. Dar also met with IMF Deputy Managing Director Antoinette Sayeh and World Bank President David Malpass and Vice President Martin Raiser. Ishaq Dar informed about the flood situation and thanked for continuous support to Pakistan. The Finance Ministry said on Thursday that Finance Minister Ishaq Dar had assured Pakistan’s commitment to implement the IMF programme. He also met with President of Islamic Development Bank Dr Muhammad Sulaiman Al Jasser and leadership of Deutsche Bank.