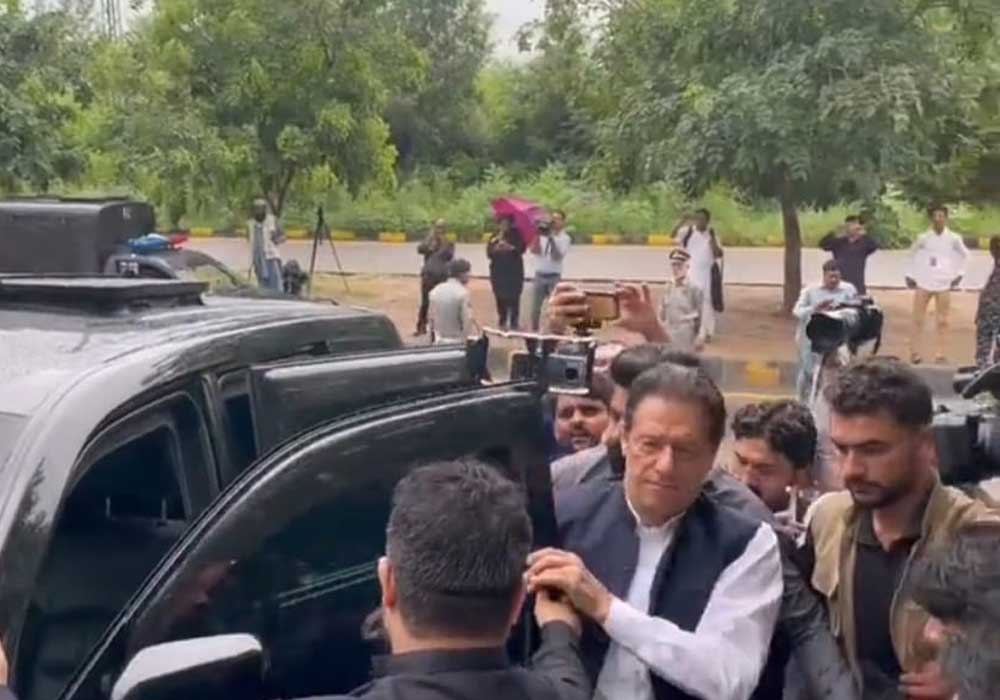 The PTI chairman reached the SSP Islamabad office to appear before the JIT on directives of the anti-terrorism court (ATC). He had formerly ignored three notices of the JIT that were sent to him asking to join and cooperate in the investigation.

Following his appearance, while talking to media, Imran Khan said that as much as he was troubled by the government, similar would be the response of his supporters.

The PTI chairman also said that the scale of patience was full. Referring to the long march, he said that the government would not be able to bear when he would give the call.

The former prime minister further said that he has been into politics since 26 years and has done everything in accordance with law and constitution. He also said that the terrorism case on him was being considered as a joke internationally.

The ATC had extended the bail plea of former prime minister for the second time on Monday till September 20. Imran Khan was summoned by the JIT to record his statement.

A terrorism case was filed against Imran Khan after he had threatened woman sessions judge Zeba Chaudhry in a rally at F-9 Park Islamabad.

Imran Khan had also submitted his reply to previous summons notices in this regard, but the court during hearing on September 12, had directed the PTI chairman to cooperate with the JIT for investigation.

The prosecutor had said in the court that the former prime minister did not present himself before the JIT despite summons and he was needed for probe into the matter.