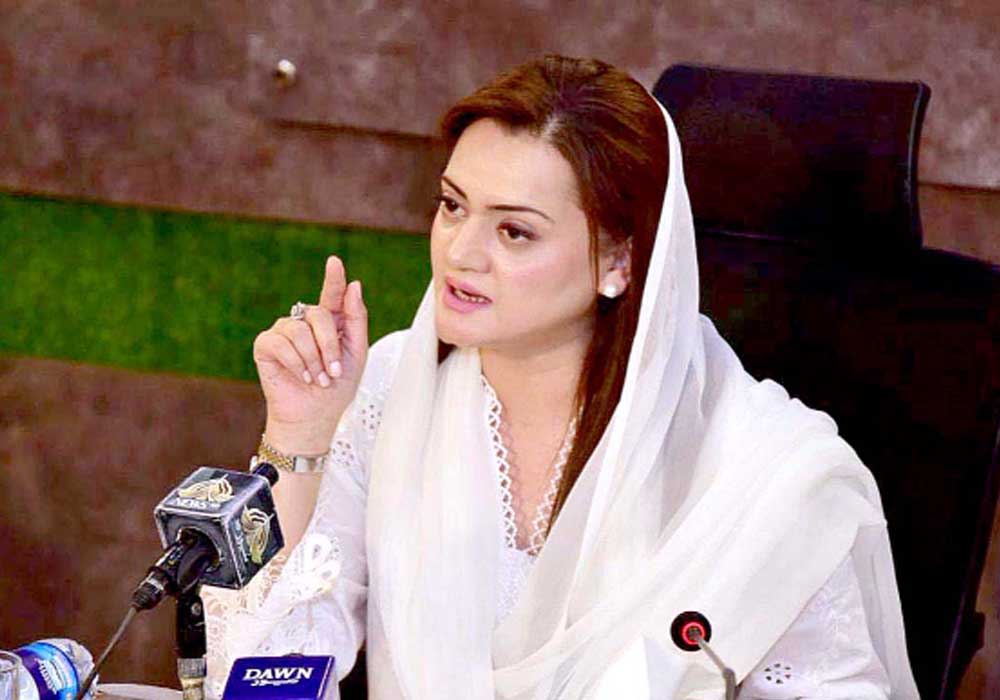 Minister for Information and Broadcasting Marriyum Aurangzeb on Thursday said former prime minister and Pakistan Tehreek-e-Insaf (PTI) Chairman Imran Khan could face treason charges for “subverting the constitution to prevent his ouster from power through the no-confidence vote.

“Imran Khan has been saying that he was asking ‘neutrals’ to intervene. This is a case of Article 6,” she said while addressing a news conference in Islamabad.

She said the people were asking Imran as to why he did not dissolve the national and provincial assemblies and initiate an inquiry by setting up a commission on the so-called foreign conspiracy if he received the cipher on March 8.

The minister said if he (Imran) knew on March 8 that an international conspiracy had been hatched against his government, he should have formed the commission at once. “Imran Khan did not hold an inquiry into the matter as he knew that it was a blatant lie, which he started propagating after foreseeing his imminent defeat in the no-confidence motion tabled by the then opposition in the National Assembly.”

Referring to the PTI’s chief announcement of challenging the Lahore High Court (LHC) decision on the Punjab chief minister’s election, Marriyum said Imran had ceded high moral ground for filing an appeal before the apex court, which had already decided against his “constitutional transgression” with 5-0.

According to that decision of the apex court, she said Imran Khan did “violate the constitution by influencing the NA speaker, Punjab governor and other representatives of the government, while the ruling of the then deputy speaker was declared unconstitutional”.

It was Imran who also did the contempt of court by inciting his workers to reach D-Chowk during the party’s long march on May 25, she added.

She regretted that the media misreported the LHC decision on the election of the Punjab CM.  “The media has to take responsibility,” she said, adding: “Punjab CM Hamza Shehbaz had neither been removed from the office, nor was his election declared null and void, and also Usman Buzdar was not restored as the CM.”

“Hamza Shehbaz is the chief minister of Punjab until re-voting, which is scheduled for today (Friday) 4pm.”

All the decisions, which would be taken by Hamza Shehbaz as CM till 4pm were protected by the law and the constitution, she maintained.

Taking a dig at the PTI leaders for distributing sweets soon after the decision of the LHC, she said they took U-turn and decided to challenge the verdict in the apex court.

The minister said Imran Khan had a problem of not accepting defeat.

She said Imran Khan could not prove a single accusation against PM Shehbaz Sharif and PML-N leader Nawaz Sharif despite enjoying all executive powers and setting up the asset recovering unit at the PM’s Office.

“He had no right to compare himself with Nawaz Sharif, who became PM thrice with the power of vote.”

She said Imran Khan had accused his political rivals of misuse of authority, money laundering and corruption. He had sent his opponents and media persons to death cells by influencing the National Accountability Bureau (NAB), Federal Investigation Agency (FIA) and even the anti-narcotics department, she added.

All the Pakistan Muslim League-Nawaz (PML-N) leaders were exonerated and given bail by the courts in different cases after no corruption, kickbacks, and embezzlement were found, she said, adding: “It is written in the case of Khawaja Saad Rafique that NAB was used for political engineering. So, it is my duty to inform the public about Imran Khan’s incompetency.”

She said Imran Khan during his tenure in power had violated human rights and did political victimization to satisfy his ego. They sent the fabricated records to the UK National Crime Agency, accusing Shehbaz Sharif of money laundering, but faced sheer embarrassment when nothing was found.

In the PTI government’s tenure, she said NAB failed to produce any evidence before the court to prove corruption charges against PML-N leaders.