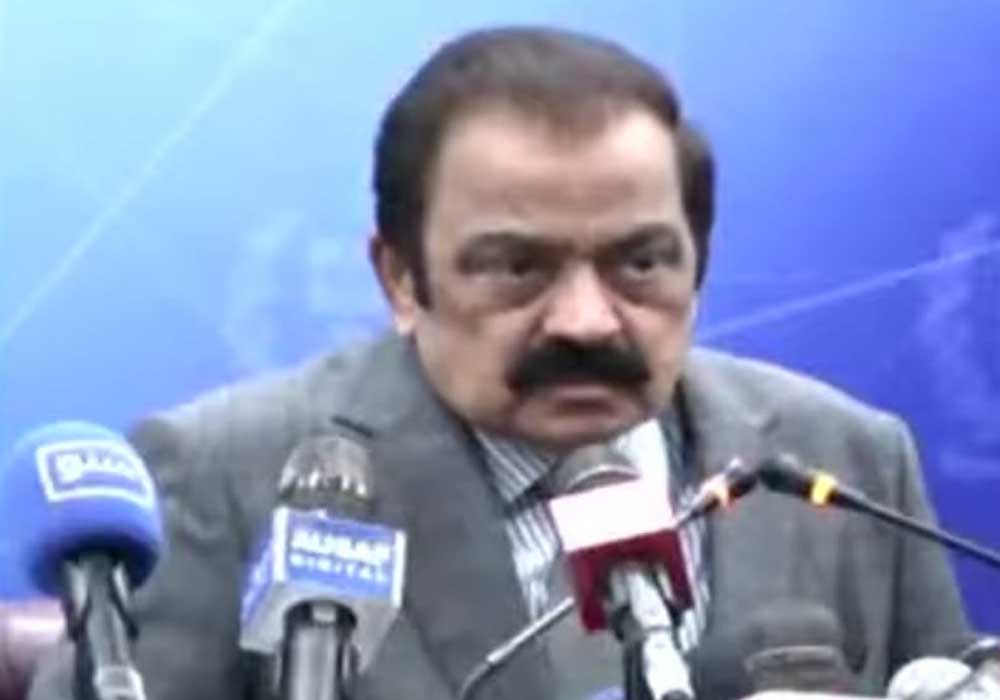 Interior Minister Rana Sanaullah has said that there were clear evidences of Indian involvement in the Johar Town attack. He said that when the case will be presented before the world it will definitely have impacts.

He said that the residence could not be targeted due to police presence but it has been suspected that a certain house was the target of that attack. India has been involved in terrorism incidents inside Pakistan and new pieces of evidence of Indian involvement in terrorism have been found.

Addressing a press conference with Additional IG CTD Punjab Imran Mehmood, the Interior Minister said that there has always been Indian involvement in terrorism inside Pakistan. He said that the issue of Indian-sponsored terrorism will be raised before all countries of the world including the United Nations.

He said that the success of CTD in the case was clear and obvious.

Interior Minister said that Kashmir has been facing Indian terrorist activities for a long time and to avoid the atrocities in Kashmir India has always tried to malign Pakistan through terrorist activities. He said that the arrested Indian spy Kulbhushan Jadhav’s incident was a clear example of Indian involvement.

Rana Sanaullah said that India has always used terrorism to hide its activities against Pakistan and Kashmiris. He said that RAW has always been ready to use terrorist activities so that Pakistan could be targeted and harmed.

He also said that the Afghan Taliban’s support of RAW was one side of the narrative but Afghans have always denied it. Therefore the issue will be raised there as well so that they could fulfil their commitments with Pakistan and eventually work against TTP as well.

He said that Pakistani forces and people from every aspect of life have sacrificed their lives against terrorism.

Talking about the terrorist attack in Johar Town Lahore in June he said that India had also tried to twist the incident by covering stories but their own narrative was in fact against them.