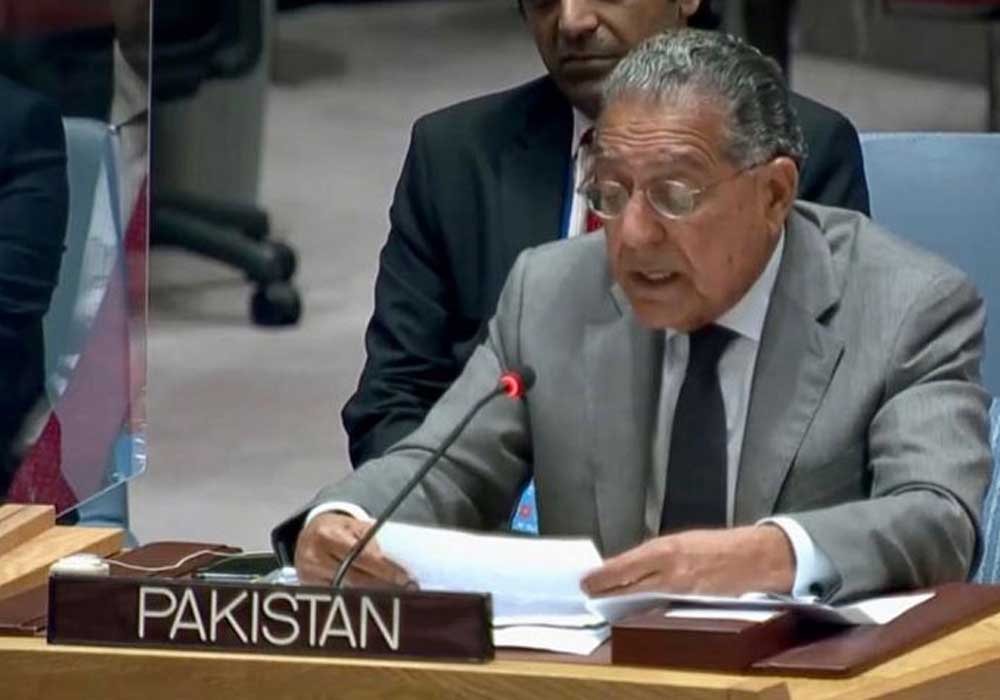 Pakistan was influenced not to participate in the vote on Ukraine because of its concerns over Kashmir and the need to balance relations with major powers.

The resolution in United Nations General Assembly (UNGA) over not recognizing the four Ukrainian regions claimed by Russia through a referendum was adopted on Wednesday.

Underlining Pakistan’s response to Indian illegal actions as a complete violation of international law he said that Indian actions must also receive similar concern and condemnation.

During the voting on the resolution, 143 countries out of a total of 193 had voted in favour of it whereas five voted against and 35 countries including Pakistan and India abstained from voting.

Pakistan clarified the reasons for abstaining later in an explanation. Pakistan’s Ambassador to UN Munir Akram has said that Pakistan fully supports the resolution for respect of sovereignty and territorial integrity of states but the principle applies to other member states as well.

Akram said that using force could not tear apart the states and the principle must be respected by everyone constantly. He further said that Pakistan has acknowledged the complex history of Ukraine.

Pakistan’s Ambassador stated that the right of self-determination applies to people under foreign or colonial domination and also to those who haven’t exercised their right yet as in the case of Jammu and Kashmir.

Urging the international community to understand the independent position of Pakistan Akram said, “Pakistan is unambiguous in pronouncing our position on the illegality and unacceptability of the referenda organized in Ukraine.”

Advertisement
Share
Facebook
Twitter
WhatsApp
Email
Print
Previous articlePakistan is one of the most ‘dangerous’ countries: US President Biden
Next articleInflation increases at 28.44% due to food and electricity prices