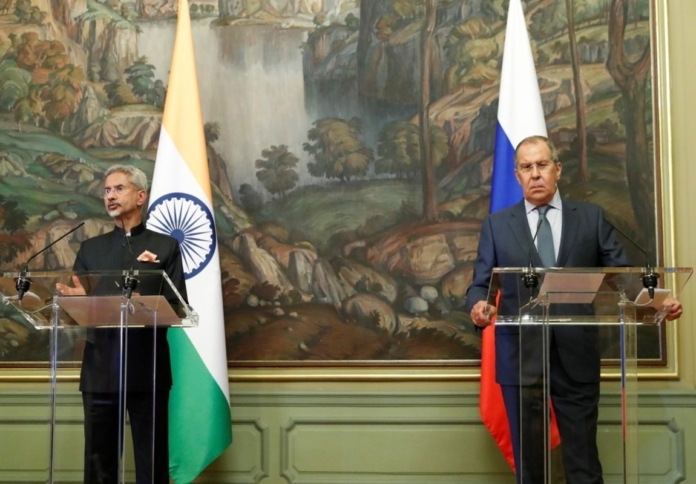 During a press briefing regarding the meeting, Jaishankar stated that India and Russia have time-tested relations but both states are willing to expand their relationship.

Both officials decided to work on mutual interest areas to enhance bilateral relations.

The External Affairs minister stated that we are naturally concerned about trade imbalance & have raised this with the Russian side regarding how to arrest impediments that stand in the way of Indian exports.

Indian official also expressed their concerns regarding the situation in Afghanistan calling it a humanitarian crisis and stated that Afghanistan is not getting the attention it deserves.

Indian external minister also added that the international community has good reason to have concerns about terrorism and terrorists that operate out of Afghanistan.

Both officials also expressed their views on international issues like the Ukraine conflict.

The Indian minister further added that with the consistent and ongoing rebalancing, the world is moving toward more multipolarity, which specifically means a multipolar Asia. This will affect conversations between Russia and India because these two countries are powerful and have a history of cooperation.

Regarding the oil issue, Jaishankar stated that there is less stress on the energy market but being the world’s third larger oil and gas consumer it’s a fundamental obligation to make sure that Indian consumers have the best possible access to the most advantageous terms to the international market.