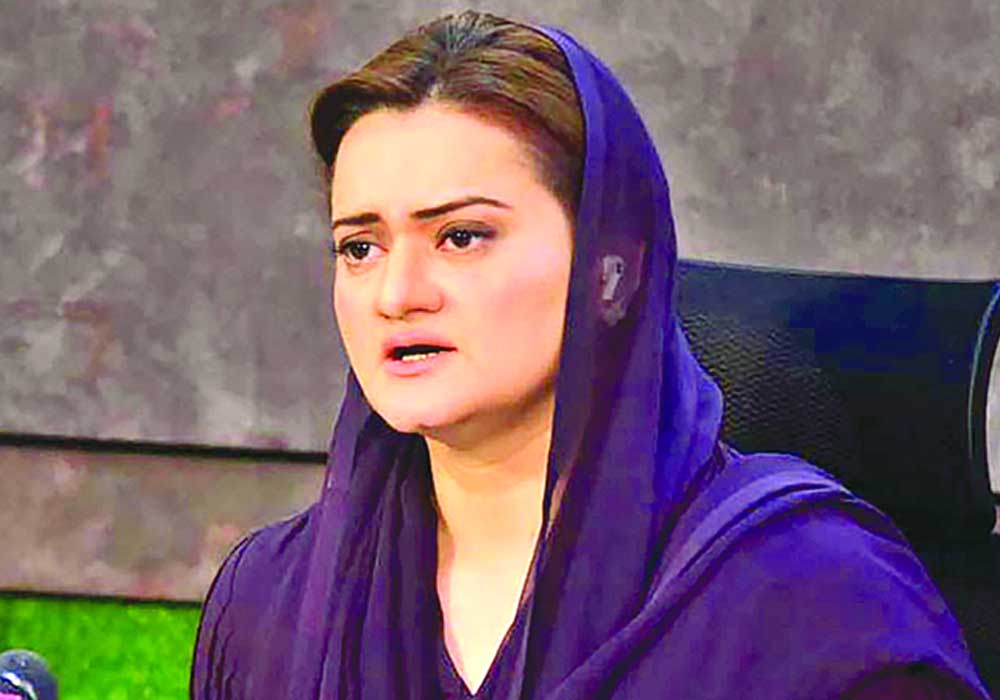 Minister for Information and Broadcasting Marriyum Aurangzeb said on Monday that the Pakistan Tehreek-e-Insaf (PTI) was not a political party but a gang of ‘propagandists’ led by former prime minister Imran Khan.

Speaking on a point of order in the National Assembly, she said PTI can’t be a political party due to its “fascist” approach. “The focus of the gang, who ruled the country from 2018-2022 was to incarcerate political opponents after registering fake cases against them.”

The previous PTI government, she said, registered a narcotics case against Interior Minister Rana Sanaullah. Paying tributes to Sanaullah, she said the minister was kept in a death cell. “Various methods were used to tease Rana Sanaullah.”

She recalled how former PTI ministers alleged that Prime Minister Shehbaz Sharif had devoured funds donated by the UK government for earthquake victims. “Interestingly, Shehbaz was not the chief minister when the funds were received from the United Kingdom. The main aim behind such propaganda was to impede foreign investment in Pakistan, she maintained.

“The unconditional apology by the British publication Daily Mail has in fact vindicated 220 million Pakistanis.” The National Crime Agency of UK has given a clean chit to the Sharif family, she said, adding that the PTI failed to prove allegations against Prime Minister Shehbaz Sharif.

“He (Imran) kept portraying PML-N leadership as thieves but failed to prove any allegation against them.” She held Imran responsible for current economic woes of the country.

She categorically said that the next general elections would be held in October 2023.

Reacting to Imran Khan’s video statement, she said the situation was the worst, but it was not for the country but for Imran Khan. “He is worried as the institutions are not becoming part of his dirty politics.”

She said that it was a responsibility of the Election Commission of Pakistan and the judiciary to hold the “foreign agent” accountable for his wrongdoings.

The minister said the incumbent government was trying to steer the country out of the economic crisis created by the PTI government.

“He (Imran) would also have to answer for his four-year misrule which resulted in economic collapse, unemployment and inflation,” the minister added.

She said Imran Khan might continue making a hue and cry, but no one would come to his rescue as the “institutions were no more part of his conspiracies”.