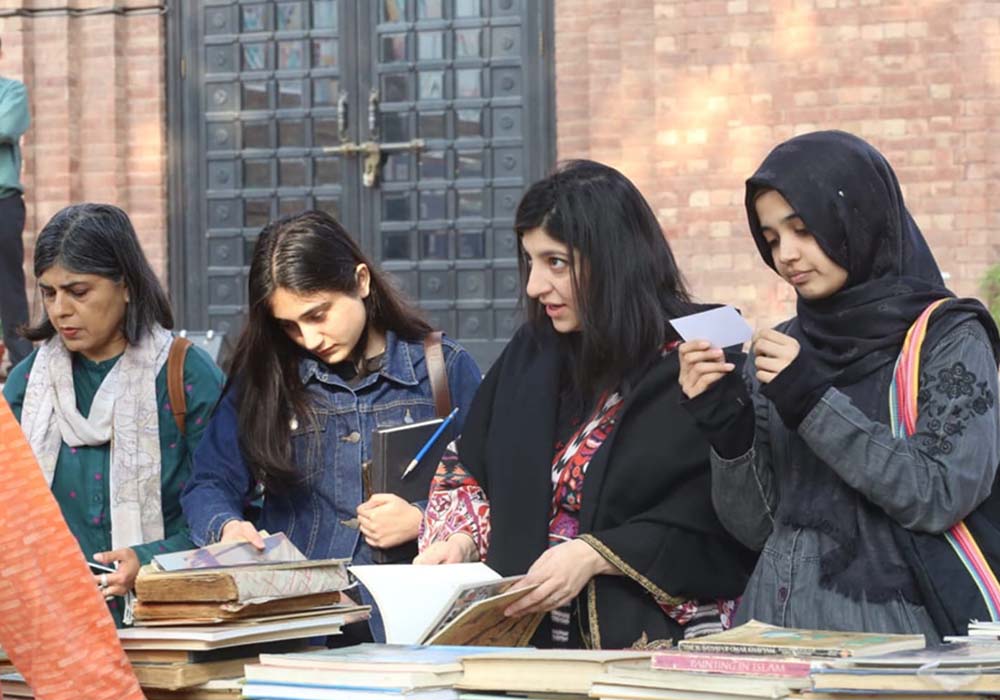 The four-day Islamic Art Festival featuring calligraphy, paintings, conferences and shows on Islamic art, aesthetics and beauty of Thuluth Script and Sufi music concluded with an indelible mark on the history of arts and science.

Artists and calligraphers from around the world graced the festival held under the aegis of Lahore Arts Council and Arts Council Pakistan, Karachi, at Alhamra Hall in Lahore. Zaki Ali Al-Hashmi, a Yemeni research scholar and master calligrapher, demonstrated Khat-e-Naskh [the usual style of Arabic script] at the festival. The local calligraphers and artists showed keen interest in work and style. A calligraphy competition was conducted between the children.

Renowned Sufi singer Tahseen Sakina enthralled a large audience by singing a number of Sufi items such as Teray Ishq Nachaya Karke Thaya Thaya, Mein Nara-e-Mastana, Jab Say Tu Nay Mujhay Diwna Bana Rakha Hai. She drew huge applause from the visitors. Prof Davud Bekta from Fateh Sultan Mehmed University, Turkey conducted a calligraphy workshop titled Aesthetic and Beauty of Thuluth Script. The festival comprising various sessions highlighted the role and significance of Islamic art as the local people showed huge interest in Islamic artwork. Seating arrangements were made on the lawns of the Alhamra Art Centre for the visitors while the podium was well decorated with illuminations and flowers.

Dr. Tehniyat Majeed who belongs to LUMS and Prof Dr. Rafya Tahir from University of Punjab were the local scholars who shed light on the artists’ work. Dr. Tehniyat Majeed talked about “Splendors of Muslims Achievements” and illustrations of the horoscope of a Timurid prince while Prof. Dr. Rafya Tahir from University of Punjab shed light on The Aesthetics of the Mughal Style of Illumination in Quran Manuscripts, Calligraphic Masterpiece, Mass Produced Scripture, Early Quran Printing in Colonial India by Prof Urlik Stark from Chicago University, USA. Some other scholars talked about Exploring the Unostentatious: Weaponry and Muslim Miniature Painting.

The overall display of the artwork and Sufi music touched the hearts of the visitors who were large in number. Punjab Finance Minister Sardar Mohsin Leghari took part in the festival as a chief guest on its final day. The Minister observed the exhibition, took a keen interest in the Islamic arts and appreciated the artists from the Islamic world. “The peace, development and prosperity of the world is owing to the principles given by Islam,” said Sardar Mohsin Leghari, adding that Islamic values are the guarantors of the greatness and perfection of the individual and the society. The Minister congratulated the organizers for holding a successful Islamic Art Festival. Al-Hamra Chairman Razi Ahmed thanked the local and foreign delegates and said that Al-Hamra is actively promoting Islamic sciences and arts.