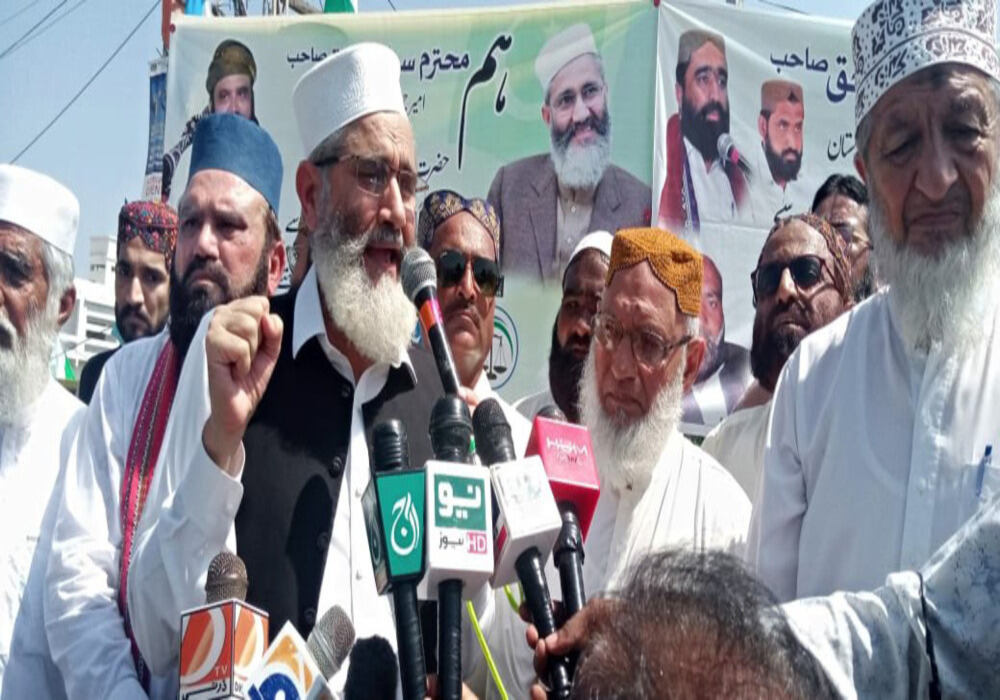 Chief of Jamaat-e-Islami Sirajul Haq has said that the country was going through an enormous crisis with no hope yet and only the current federal government should be held responsible for this.

He was addressing a large number of his supporters and workers of Jamaat-E-Islami in Thatta where his convoy received a tumultuous welcome on its way to Thar.

“Escalating unemployment, abject poverty, inflation are the core issues of the country but the Federal Government seems unaware of these issues,” he said. Talking about the issues of Thatta, he said the city that was once the capital of Sindh has been haunted by several problems, adding that sugar mills and other industries of the area were being sold out by corrupt politicians to deprive the people of Thatta of livelihood.

“There is a big question mark on the tests conducted by PMC and IBA, he said, and further added that these all are well-planned strategies to keep the youth of Sindh unemployed, and both the federal government and provincial government, are playing with the future of the young generation, he held.

The JI chief said that the people of Pakistan and all opposition parties had rejected the federal government’s decision of appointing the chairman of NAB, adding that the PTI government could not dupe the nation by issuing ‘ordinances’ especially when parliament was there for the enactment of laws.

He said that the pandora box had revealed many secrets about the leaders of PPP, PMLN, and PTI who had been making money by selling the resources of the country. “I wonder why there is no name of any poor person in this Pandora’s box because he is loyal to his country and working hard to make both ends meet,” he said. He expressed solidarity with the families of earthquake victims and said that the whole nation stood by them in this testing time.