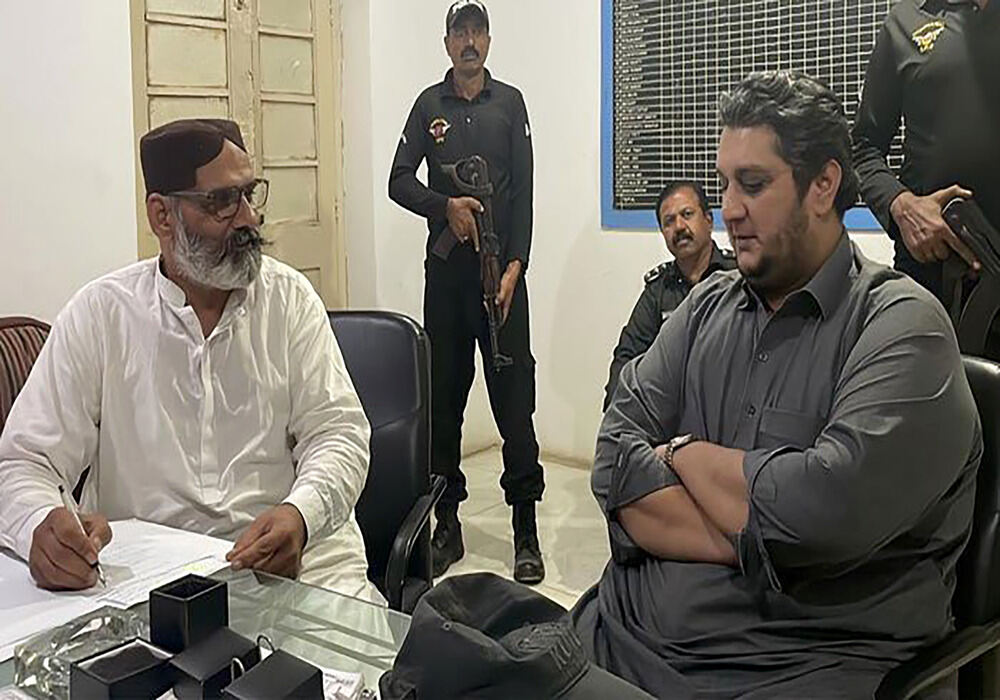 An apparent witness in the Nazim Jokhio murder case has claimed that he was physically terrorized by the station house office (SHO) for testifying in the ongoing probe.

Journalist Murtaza Solangi tweeted a video of the witness on Tuesday, Hashim Jokhio, while he spoke to the media and detailed how he was abused by the authorities. The witness narrated that he was talking to a graveyard’s guard when the SHO approached him and said they were looking for him.

Hashim claimed that the SHO tortured him in front of his children. He said that the police dragged him to the police station and without warning or any questions, directed his staff to start beating him. The alleged witness also said that the SHO warned him that he would implicate him in a case if he did not comply with him.

Hashim, who was shirtless in the video, also motioned towards his neck and other parts of his body, insisting that everyone looked at the terror inflicted upon him.

Hashim Jokhio is reportedly a witness in #NazimJokhio case. He claims the SHO and his staff tortured him for giving his testimony.@SaeedGhani1 @MuradAliShahPPP pic.twitter.com/f5YcfzTMbc

Nazim, a 27-year-old father of four, was allegedly tortured to death at Awais’s farmhouse in Malir, after he tried to prevent the legislator’s foreign guests from hunting Houbara bustard near the deceased’s village in Thatta’s Dabeji area and filmed it on November 2.

The probe in the murder case made headway on Sunday after authorities claimed they recovered the victim’s personal articles from a dried up well in MPA Awais’s residence. Further investigations are underway, with several suspects taken into custody including Awais.