Journalists provide a voice for people who otherwise would be unheard: US CG 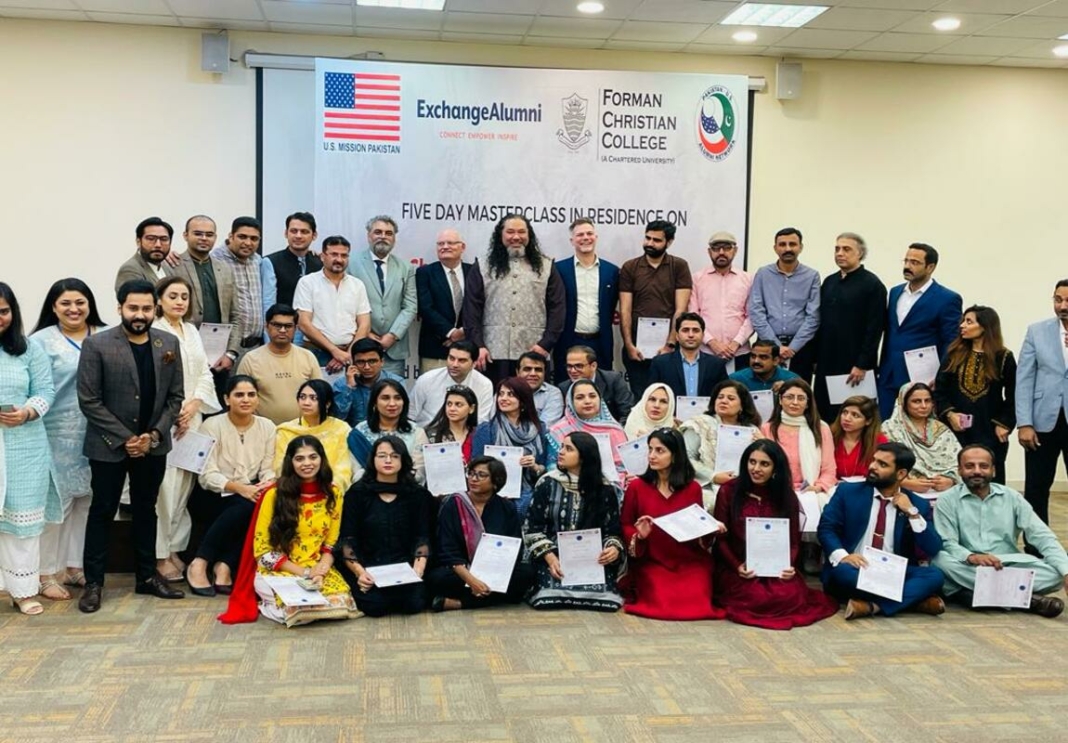 More than 40 established and emerging media professionals from across Pakistan completed the master class on Friday.

The participants, all alumni of U.S. government-funded exchanges, received in-depth mentorship and training to scale up their ideas and initiatives to combat fake news and disinformation. They also received training on ethical journalism and publishing skills to support safer societies regionally and nationally.

William Makaneole, Consul General at the U.S. Consulate in Lahore, congratulated the participants for successfully completing the program and urged them to improve the quality of journalism and public discourse in their local communities.

“The role of journalists is crucial,” Makaneole said during the closing ceremony. “You inform the public. You connect people to larger issues and the world around them. Especially in a democracy, access to up-to-date and accurate information is key. Journalists hold leaders and organizations accountable. They provide a voice for people who otherwise would be unheard of. Your work is vital for good governance and stable society,” he said.

Makaneole also noted that this year marks the 75th anniversary of the United States-Pakistan relationship, which he called a partnership based on shared interests, common goals, and an expanding trade and investment relationship between the countries. He lauded the critical role that PUAN plays in strengthening people-to-people ties between the United States and Pakistan and applauded Forman for its world-class expertise and innovative training that is a model for fortifying the media in Pakistan.

Forman Rector Dr. Jonathan Addleton noted the value of the program for its participants. “FCCU is delighted to partner with the Pakistan-U.S. Alumni Network for this important event, one that emphasizes fact-based approaches to journalism as a viable approach for countering fake news,” he said.