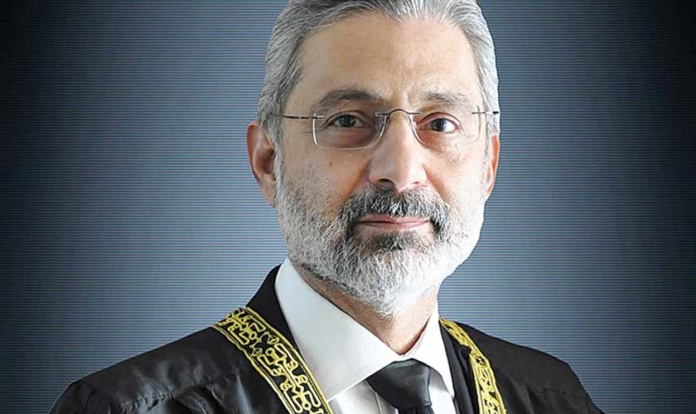 Justice Qazi Faez Isa has raised objections to the names of 3 judges nominated for the Supreme Court of Pakistan.

According to the local media reports, Justice Qazi Faez Isa has written a letter to Chief Justice of Pakistan Uma Atta Bandial addressing his concerns.

Earlier, five names were sent to the Chief Justice of Pakistan for nomination to the Supreme Court.

The Sindh Bar Council also showed reservation after learning that CJP Umar Ata Bandial had once again proposed the names of junior judges who had previously been rejected by JCP.

According to a notification issued by Sindh Bar Council, the abandonment of that principle has created great and justifiable resentment within the smaller provinces.

Sindh Bar Council once again questioned Law Minister Azam Nazeer Tarar and the Attorney General of Pakistan for their backstabbing of the legal community.

SBC believes that the reason behind nominating the same names is that the Law Minister and AGP have persuaded them to review their previous position that the seniority principle should not be deviated from and that the rules must be framed to regulate the criteria for appointment of judges.