KP, GB and Punjab warn government of going on strike 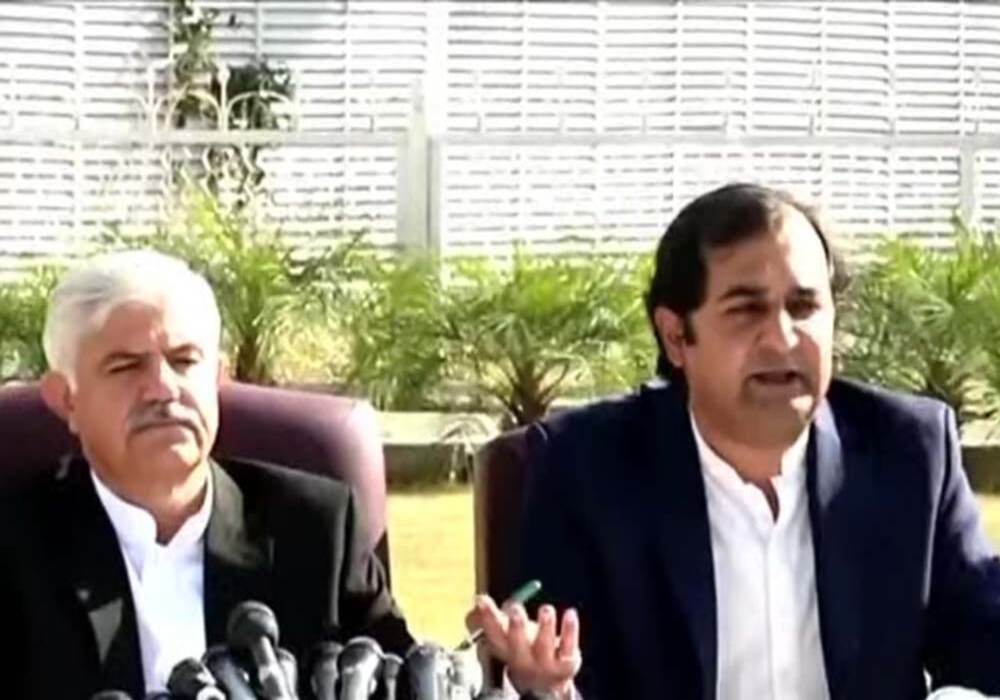 The joint conference included CM Gilgit, CM Khyber, and the finance ministers of Punjab and Azad Kashmir and was organized by KP CM Mehmood Khan.

CM KP Mehmood khan while talking to the media stated that the federal is not providing KP with any financial aid.

Mehmood Khan stated that the federal is to pay KP 189 billion rupees to Khyber Pakhtunkhwa.

“We are not even getting ex-Fata merger fund which is quite important for Pakistan security,” said Mehmood.

“Our requirement of the budget is 85 billion however we are only getting 60 billion,” CM revealed.

He also said that in the developmental budget KP is to get 55 billion rupees but KP has so far received 5.5 billion that’s why our projects are suspended.

He further added that the federal is cutting off the KP development budget and is sticking KP to the wall.

He Mehmood Khan said, “KP is not asking for aid, we’re asking for our rights.”

CM KP also added that we don’t have money. How are we supposed to pay people?

“After the Change of Regime KP is facing problems,” said CM KP.

During the press conference, he said that the KP administration tried holding talks with the federal but nothing worked out.

He also claimed that KP is not getting sehat card 4.5 billion funds, and tribal district displaced persons 17 billion funds.

GB CM stated that the federal has increased every entity’s budget except GB.

He also claimed that the government has shifted the Gilgit budget from 40 billion to 25 billion which is an open rivalry towards GB.

Federal has cut 50% of the GB development budget and today after 6 months we only get 2.80 crores for ADP funds, said Khalid Khurshid.

“For recurrent budget, GB gets only 47 billion out of which we need to dedicate 42 billion to pay salaries,” says Khurshid.

Sakurdu city and Gilgit are facing 21 to 22 hours of load shedding, CM claimed.

He also added, “Federal has provided GB with 10 lac subsidy for wheat whereas our requirement was 16 lacs.”

“We are left with no option other than going on strike,” said Khurshid.

“Punjab has not got any flood relief,” said Finance minister Punjab.

He also claimed that the federal has not signed the loan agreement for Greater Thal Canal which is a huge loss.

After giving us 60 billion Qamar Zaman, Miftah Ismail and Ahsan Iqbal had a meeting with us in Kashmir affairs and committed to paying liabilities but still did not pay us.

He also said that Kashmiris are by choice Pakistani and they deserve to get their rights.