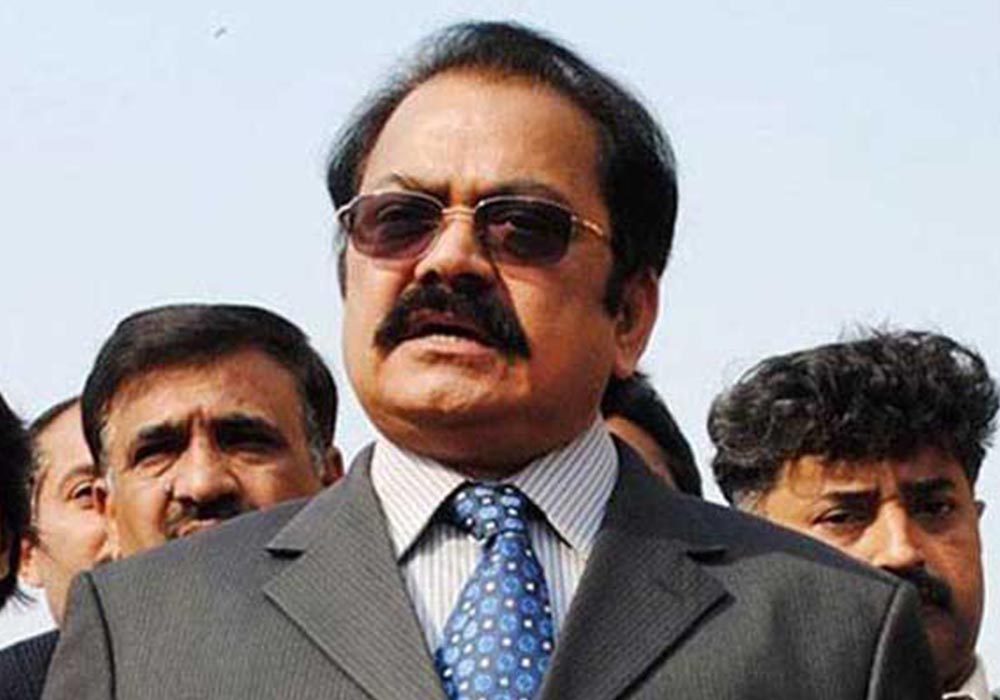 Interior Minister Rana Sanaullah has said that Khyber Pakhtunkhwa was paying the price of Imran Khan’s incompetence and corruption in the form of terrorism.

He said that Imran Khan was busy dissolving the assemblies and terrorists were killing the innocent people of Khyber Pakhtunkhwa.

The interior minister also said that the report of national institutions about the Counter Terrorism Department in Khyber Pakhtunkhwa was eye-catching and disturbing as 300 incidents of terrorism in Khyber Pakhtunkhwa took place in one year which was serious but the PTI government has been sleeping.

Rana Sanaullah said that those who collected guns and men to attack the federation did nothing to strengthen the CTD department. He said that the federation had also offered Khyber Pakhtunkhwa to increase the capacity of police and CTD but to date, there has been no response. He asked why there was a difference of 150 percent compared with CTD Martyrs Package Punjab.

He further said that there was no training school for CTD Khyber Pakhtunkhwa and why it was not paid attention to in nine years. He said that the appointment of only one officer of the rank of SSP in the entire province was a testimony to the incompetence of Imran Khan and the Chief Minister.