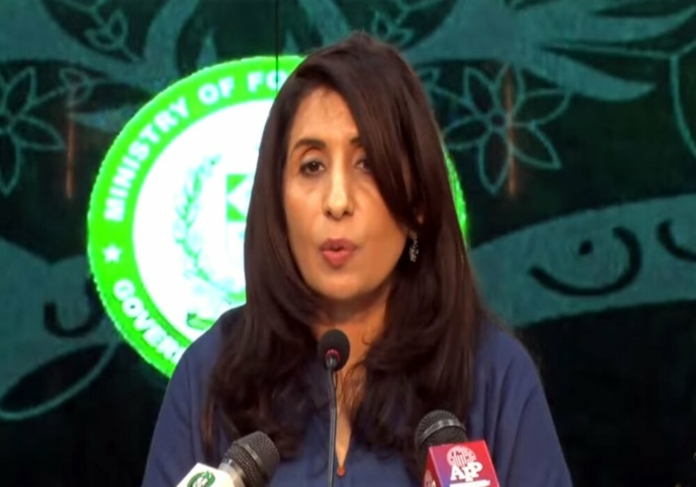 Foreign Office Spokesperson Mumtaz Zahra Baloch has said that a major tragedy could have arisen due to the accidental firing of the Indian BrahMos missile and Pakistan will continue to highlight the issue at every important forum.

She said that discussions were going on with Russia on the issue of the purchase of crude oil.

Responding to a question she said that Pakistan will not allow the revival of terrorism under any circumstances.

Responding to questions about the visit of the Saudi Crown Prince she said that the FO had not announced the visit but the dates of the visit were being finalized and the Crown Prince will visit Pakistan soon.

Baloch said that our High Commission in Kenya played an active role in identifying, postmortem and bringing back the body of Arshad Sharif and the Foreign Office also provided full support. She said that only the Interior Ministry could inform about the investigation into the murder of a journalist.

Responding to a question Baloch said that the entire procedure regarding the Toshakhana reference was decided by the Cabinet Division.