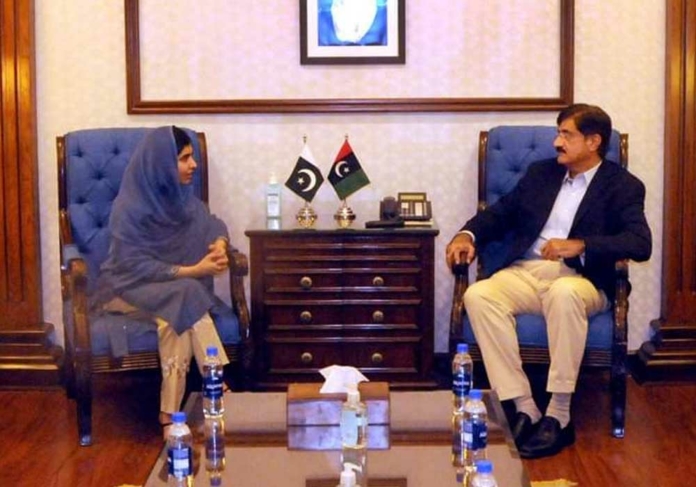 On Wednesday, Malala announced this while meeting CM Sindh Murad Ali Shah at the CM House.

CM Murad in his meeting with Malala Yousafzai advised her to visit schools and speak with the public after the floodwaters receded so that their desire to pursue education might be strengthened.

Malala then announced that she will be traveling to Pakistan to speak with students and promote the value of education.

Shah informed Malala that by visiting the areas of Dadu and speaking with the affected families residing in camps, she had emphasized the importance of aiding the displaced people in their efforts to recover.

They also spoke about the overall flood situation in Pakistan, its destruction, and the necessity of aiding the affected people in their rehabilitation.

According to Malala, the education of school-age children living in camps has been severely impacted.

She noted that she had spent some time with the children in a tent school for girls while she had been there.

Malala remarked that their passion for getting an education was remarkable and their morale was good.

The chief minister claimed that in addition to impacting the education of two million children, the floods had damaged 12,000 institutions.