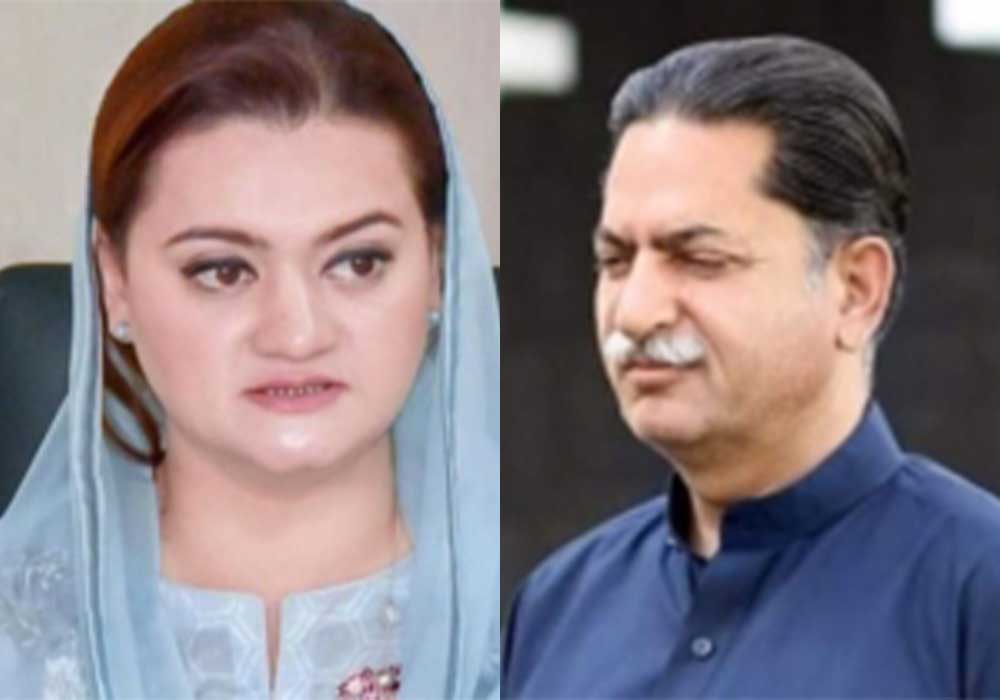 A case has been registered against Federal Information Minister Marriyum Aurangzeb and senior leader of Pakistan Muslim League-Nawaz (PML-N) Mian Javed Latif under the Anti-Terrorism Act.

Home Minister of Punjab Col (retd) Hashim Dogar said in a tweet on Monday that the FIR had been registered against the PML-N leaders under ATA 9/11X3 in Green Town police station of Lahore.

The provincial home minister has also stated in his message on twitter that Rashid Baig, managing director of Pakistan Television (PTV), and the program producer of PTV have also been included in the case.

He has also stated in the message that nobody will be allowed to incite sectarian hatred and violence against any citizen including Pakistan Tehreek-e-Insaf (PTI) Chairman Imran Khan.

Hashim Dogar has also shared a copy of the FIR in his tweet.

The case has been registered upon the complaint of PTI activist Irshad-ur-Rehman in Green Town Police Station of the provincial capital.

PTI has bashed the federal government for drawing battle lines over religion against Imran Khan through a systematic campaign. PTI leaders have criticized the PML-N-led coalition government for weaponising religion to spread hatred against the party chief.

The reaction came hours after Javed Latif, in a press conference, had accused the PTI chairman of attacking the basic principles of Islam by “supporting” the Ahmediyya community during his tenure.