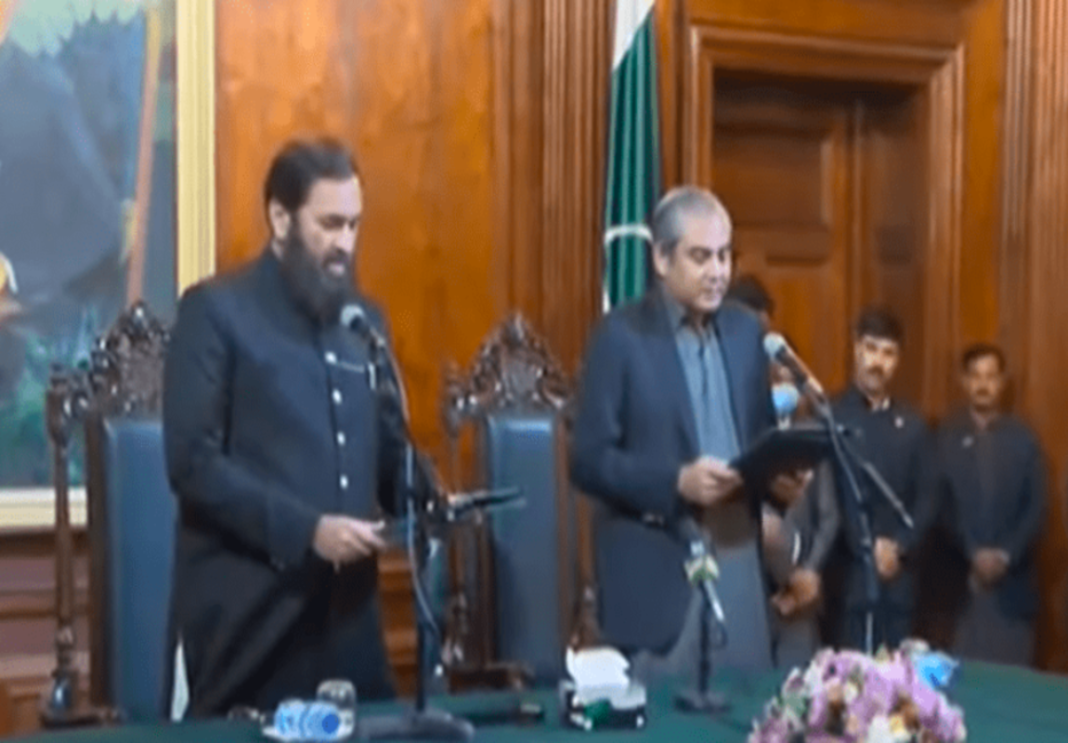 Media tycoon Syed Mohsin Naqvi has taken the oath as chief minister of Punjab on Sunday after the Election Commission of Pakistan finalised his name.

Governor Punjab Baligh ur Rehman took the oath from the newly appointed CM.

At 6 o’clock a meeting was held informally to discuss ideas suggested by the parliamentary committee in order to come to a consensus on the chosen name. The meeting was presided over by Chief Election Commissioner Sikandar Sultan Raja and attended by all four members and the ECP secretary.

The election watchdog had till Sunday [today] to choose a candidate for the caretaker CM position since the commission’s two-day grace period under Article 224-A of the Constitution expires today.

Meanwhile, PTI leader Fawad Chaudhary rejected the appointment of Mohsin Naqvi and said that we are going to challenge this in the courts.

After the Punjab Assembly was dissolved last week, the caretaker CM’s nomination issue encountered an extraordinary delay because of disagreements between the state administration and the opposition on the nominees.