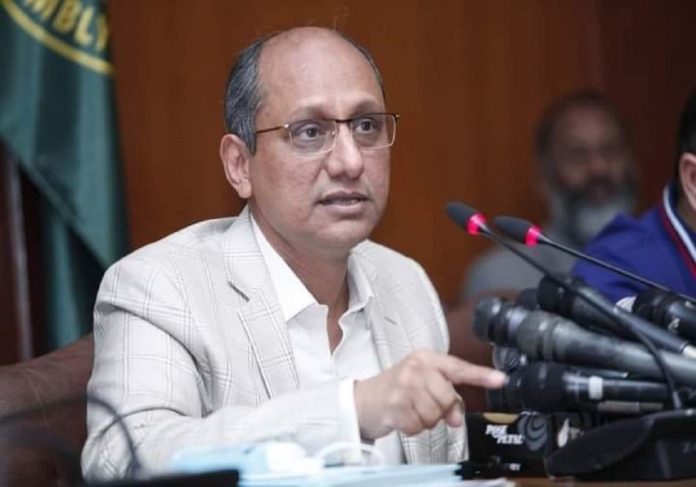 Sindh Information Minister Saeed Ghani on Thursday challenged the claims by the Muttahida Qaumi Movement-Pakistan (MQM-P) that their worker Aslam’s death was caused by police violence in Karachi, saying a “heart attack” was found to be the actual cause of death.

Several workers of the MQM-P party were injured after police fired tear gas and conducted a baton charge on their sit-in outside the Chief Minister House. They were protesting the recently pass controversial local government legislation on Wednesday.

Three people, which included member of provincial assembly (MPA) Sadaqat Husain and a policeman, were transferred to the Jinnah Postgraduate Medical Centre (JPMC) for treatment. The MQM-P claimed that Aslam passed away during treatment at the hospital but Ghani appeared to reject the claim at a press conference.

He said that according to the documents available, Aslam died of a cardiac arrest. He was taken to the Karachi Institute of Heart Disease and then shifted to National Institute of Cardiovascular Diseases, Ghani added. The minister said that an investigation revealed that no injured person was taken to Jinnah hospital or any other big government hospital.

The development follows a statement by MQM-P Senator Faisal Subzwar, who claimed that the party worker was injured by the police and died at JPMC. In response, Karachi Administrator Murtaza Wahab expressed his condolences but added that no one by the deceased’s name was brought to the hospital in question.