Raja Pervaiz says decision will be made according to constitution, rules and regulations of NA 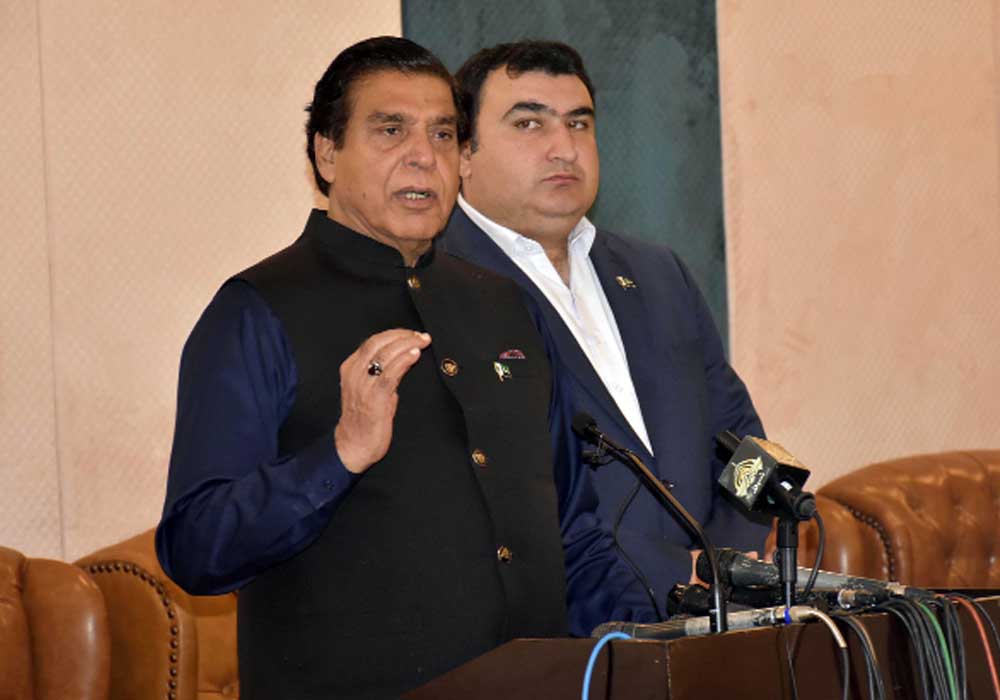 A meeting between a Pakistan Tehreek-e-Insaf (PTI) delegation and National Assembly Speaker Raja Pervaiz Ashraf ended inconclusively on Thursday as the latter refused to accept en masse resignations of the PTI members of National Assembly (MNAs).

During the meeting, the speaker said that the decision regarding the confirmation of resignations will be made according to the constitution and the rules and regulations of National Assembly. He reiterated that all the members will be called individually for the resignations. The former ruling party’s delegation submitted the demands in writing to the speaker, which stated that the members have resigned collectively to pave the way for general elections in the country.

On the other hand, according to sources in the speaker’s office, the NA speaker has once again invited the PTI to return to the House and suggested that “elections are only a few months away, come to the Parliament and play your role”. Sources further stated that the PTI members made a return to the NA subject to the announcement of a date for general elections and claimed that the majority mandate of the public rests with the PTI.

The NA speaker spoke to the media after the meeting and said that the discussion with the PTI delegation was held in a ‘good atmosphere’. He added that it is written in the constitution that a resignation should be written by hand, and that when resignations come to the speaker, the speaker will call the member and confirm that there is no pressure on the member. The speaker furthered that he has informed the delegation that as speaker, he has to look at the Constitution and the rules and regulations.

Ashraf said that “as members, we should come to the House and work out a solution to the problems”, adding that the country needs reconciliation. He furthered that PTI will respond after consulting the party leadership. The speaker added that political point scoring worsens the situation and does not solve problems. While talking to the media after the meeting, former speaker Qaiser said that the delegation has informed the speaker about their reservations.

He added that the speaker reiterated individual resignations. “We said that those whose resignations were accepted did they come to you? The speaker had no answer to this,” added Qaiser. He stated that now the government is “delaying everything because they are running away from the elections”. Former deputy speaker Suri said PTI’s main objective is to get these resignations approved.

The PTI had announced mass resignations from the National Assembly in April, a day after party chief Imran Khan’s ouster as the prime minister through a no-confidence vote and shortly before Shehbaz Sharif was elected as his successor. On July 28, the National Assembly speaker accepted the resignations of only 11 PTI lawmakers who had resigned after the vote of no confidence against the former PM. The PTI had first challenged the move in the Islamabad High Court (IHC) on August 1, contesting that it was “unsustainable”. The IHC, however, had dismissed the petition on September 6.