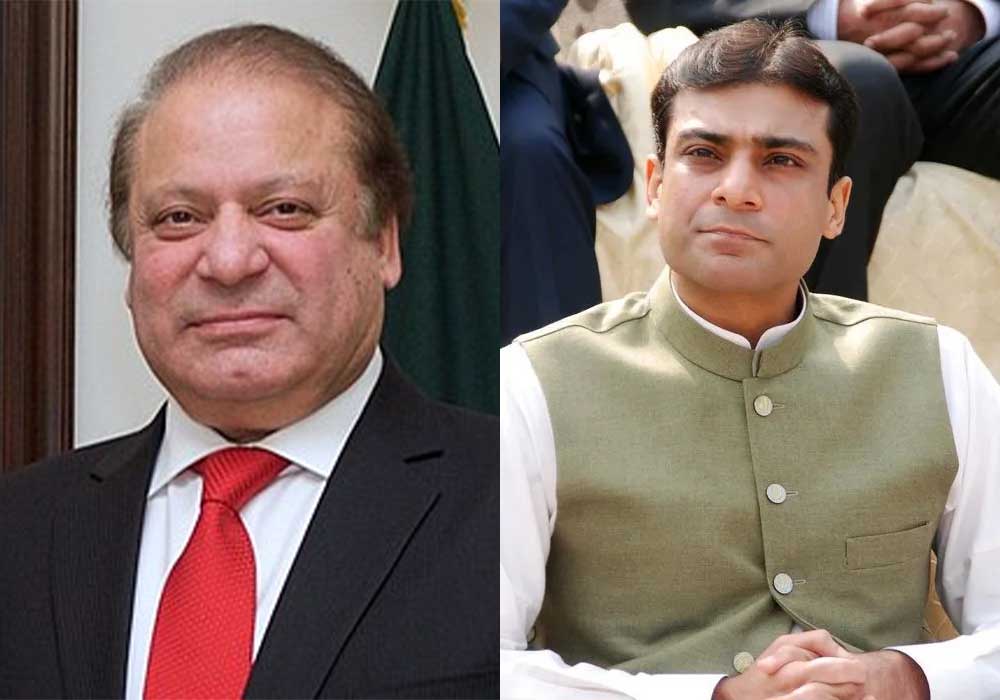 Hamza Shehbaz has reached London to explain the humiliating defeat of Pakistan Muslim League-Nawaz (PML-N) to the party supremo in recent Punjab by-polls whereas Nawaz Sharif has tasked her daughter and Vice President of PML-N Maryam Nawaz to counter the narrative of Pakistan Tehreek-e-Insaf (PTI) Chairman Imran Khan and intensifying the anti-Imran campaign on social media.

According to reports, Nawaz Sharif who was very upset after the party’s defeat in Punjab by-polls, summoned Hamza for his failure to retain the office of chief minister of Punjab. Despite being briefed on the factors of PML-N’s defeat, Nawaz wanted an in-person explanation.

Maryam Nawaz, who was representing her father in the meeting of the Pakistan Democratic Movement (PDM), directed the PML-N leaders to highlight the issue of prohibited funding against Imran Khan. Media reports have also claimed that Imran would be targeted over inflation and corruption. PML-N would also arrange party workers’ conventions to mobilize its supporters where Maryam will address the meetings.

Hamza’s uncooperative attitude, poor coordination with Maryam Nawaz and not following the instructions of Nawaz Sharif during his tenure as CM Punjab would be discussed by the party’s supremo.

According to reports, Hamza had not promptly followed Maryam’s instructions during the formation of his provincial cabinet.

Awarding party tickets to the PTI turncoats, the coalition government’s unpopular decisions over increasing rates of petroleum products and electricity, rapidly rising inflation and related matters have been seen as the cause of PML-N’s defeat in the Punjab by-polls.

According to media reports, PML-N also seems divided over Maryam Nawaz’s view. She had refused to take blame of party’s defeat by claiming that she had done everything possible by leading an aggressive campaign. Whereas her critics in the party have been saying that she started the campaign with a week’s delay, hence giving an edge to Imran Khan who had started an early campaign.