Punjab CM says he will continue to support Imran Khan 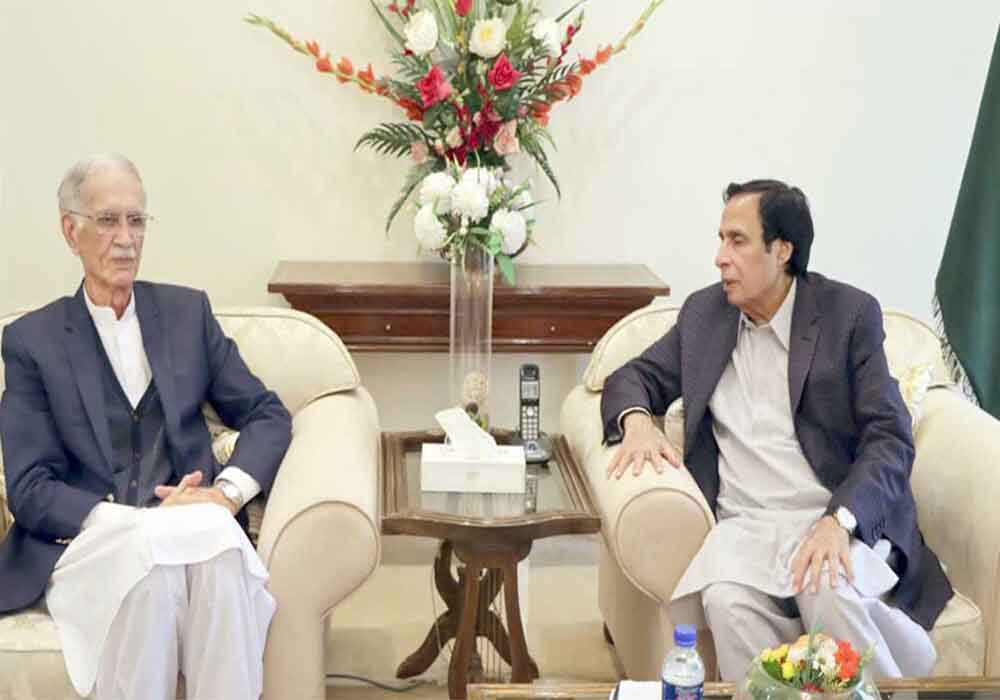 Punjab Chief Minister Chaudhry Parvez Elahi has said imposing governor’s rule or bringing a no-trust motion in Punjab will remain a distant dream of the opposition. “The provincial assembly will run as per the constitution and not at the whim of someone,” the chief minister made these remarks during a meeting with former federal minister Pervez Khattak on Tuesday.

Elahi said the opposition should keep in mind that the provincial assembly will run as per the rules and the constitution. He highlighted that the popularity of former premier Imran Khan has increased manifold. Imran has raised awareness among the masses about self-esteem, he said. “The unnatural alliance of 13 political parties is breathing its last,” he maintained.

The chief minister said that incompetent rulers have ruined the lives of citizens and the time is not far when they will start fighting with each other. He underscored that Imran Khan’s politics is beyond his personality and personal gains contrary to the current rulers of Islamabad. “We will continue to support Imran Khan as we did in the past,” he maintained.

Khattak said that Imran Khan does not indulge in the politics of personal interests while PDM has always prioritized its political interests over national interests.

Separately, senior politician Saleem Baryar, MNA Riaz Fatiana, MPAs Ahsan Salim Baryar and Ahsan Riaz Fatiana called on Elahi at his office and discussed development schemes. The CM said that a spate of development work has started in every constituency and added that parliamentarians are his team members and people would be served together. “I would visit Sialkot and Kamalia soon,” he said and added that the hollow slogan of honoring the vote has died. “The PDM-led cabal has played havoc with the economy. Those who raised the slogan of saving the country have brought Pakistan to the brink of destruction and those who came out to save the country are now finding it difficult to save their petty politics. Imran Khan is our leader and we are with him, the CM concluded.

Meanwhile, the chief minister expressed sorrow over the death of former FPCCI president and Din Group chairman SM Muneer.  In his condolence message, the CM extended heartfelt sympathies to the bereaved family and prayed that may Allah Almighty rest the departed soul in eternal peace and grant patience to the bereaved family.