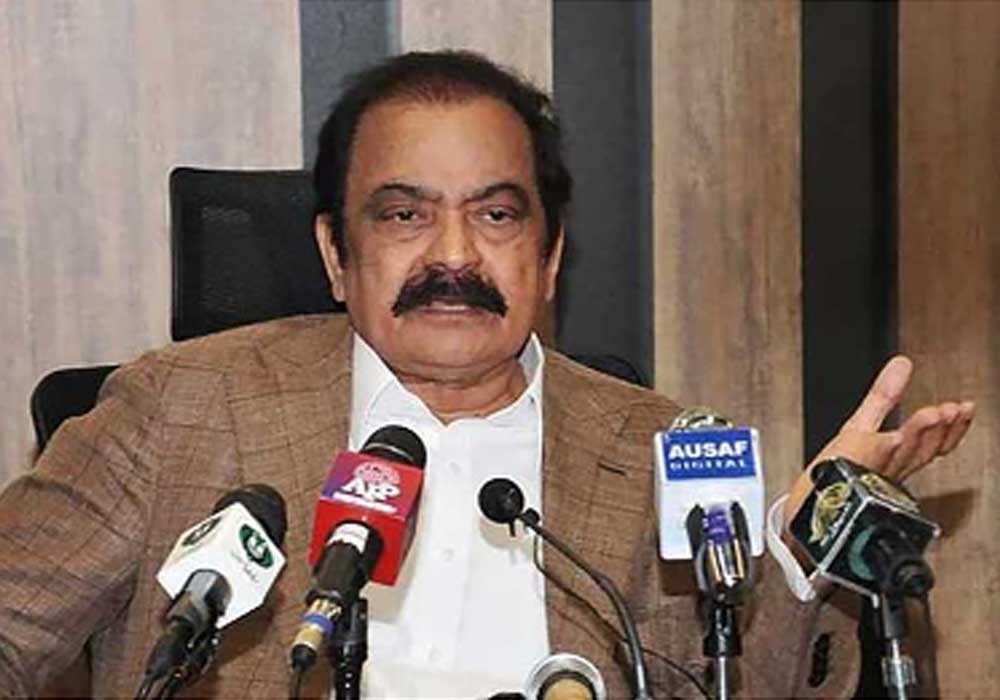 Interior Minister Rana Sanaullah said on Tuesday that no talks will take place with the outlawed Tehreek-e-Taliban Pakistan (TTP) or any other terrorist organization.

The statement from a senior federal cabinet member comes as the country witnesses a major rise in terrorist attacks from the Afghan-based terror group since the TTP truce was broken last year.

In an interview, Sanaullah discussed the National Security Committee meeting and stated that Pakistan had decided to provide the Taliban leadership with proof since terrorists operating out of Afghanistan are also participating in terrorism here.

According to the interior ministry, the Afghan government would be pressed to keep its vow that its land won’t be used against any other nation.

He claimed that the NSC had agreed there would be no talks with the TTP or any other terrorist group.

According to him, General Asim Munir stated this point in the meeting in no uncertain terms and with supporting evidence.

He reaffirmed his position that international laws permit self-defense in the face of aggression.

The interior minister added that no Pakistani land is under the hands of terrorists and that discussions will be undertaken with the Afghan administration.