No one arrives in Lahore to administer oath to Hamza 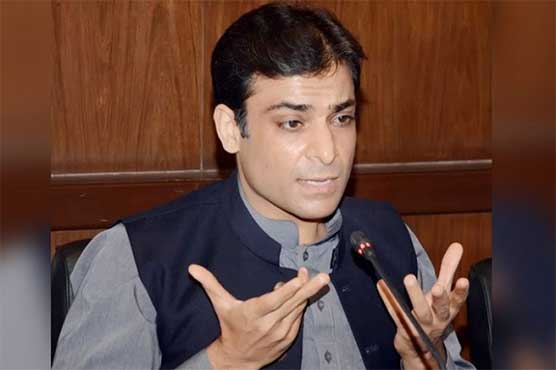 The stage was set for Punjab Chief Minister-elect Hamza Shahbaz’s swearing-in on Saturday, but the ceremony couldn’t take place for the second time in a row, as Senate Chairman Sadiq Sanjrani failed to reach Lahore to administer the oath.

Later, the Pakistan Muslim League-Nawaz (PML-N) moved a petition in the Lahore High Court (LHC) seeking the court’s advice over the constitutional crisis in the province, as there is no permanent CM in Punjab for last more than 20 days.

The LHC asked President Dr Arif Alvi to nominate any other person if the Punjab governor was reluctant to administer the oath. Alvi sought the advice of Prime Minister’s Office and a summary was sent to the Presidency to nominate Sanjrani for administering oath to the CM-elect. It was earlier being expected that Sanjrani will reach Lahore for the event, but he didn’t show up, as the Presidency had not nominated him until the filing of this report.

According to sources, a special jet of the Punjab government was in Islamabad to bring Sanjrani to Lahore, but the ceremony had to be postponed once again.

Alvi didn’t show up citing health issues, and the same approach is being used by Punjab Governor Omar Sarfraz Cheema, who was hospitalised on Saturday morning.

Addressing a hurriedly called press conference at the PML-N secretariat in Model Town, the party’s deputy secretary general, Attaullah Tarar, announced to file a contempt of court plea in the Lahore High Court (LHC) tomorrow (Monday). “There is no CM in Punjab for the last 22 days and there is no cabinet in the province,” he said. He added that it was clearly mentioned in the court order that the oath of the chief minister could not be delayed after the election. The Punjab governor abrogated the constitution and showed disloyalty to Pakistan, he added. “The governor is now hospitalised. He has to tell why he didn’t administer the oath,” Tarar said, adding that it was a case of contempt of court, as the LHC had given a clear ruling in this regard.

He told the media that the order of LHC was forwarded to the President House on Friday evening and the Presidency sought an advice from the Prime Minister’s House. A summary was then moved by the prime minister after getting approval from the cabinet that the Senate chairman should be nominated for administering oath, he said.

Talking to the media, Shehbaz Sharif’s spokesperson Malik Ahmad Khan said the Pakistan Tehreek-e-Insaf (PTI) was not willing to accept its defeat despite losing the majority. He said that it was really sad that Punjab Assembly Speaker Parvez Elahi did “worst politics at this age”.

“It was unbelievable for me that Elahi could stoop to such low,” he said.

Hamza Shahbaz was elected the Punjab chief minister by getting 197 votes in the session of the Punjab Assembly marred by ruckus, scuffle and pandemonium last week.

Meanwhile, Prime Minister Shehbaz Sharif also reached Lahore Saturday night. He came to his hometown for the first time after assuming the charge of the PM.

He held political discussions with his son Hamza at Model Town, and it is expected that the crisis of his oath is likely to be resolved soon.