NSP’s legitimacy questioned as ‘parliament kept in the dark’ 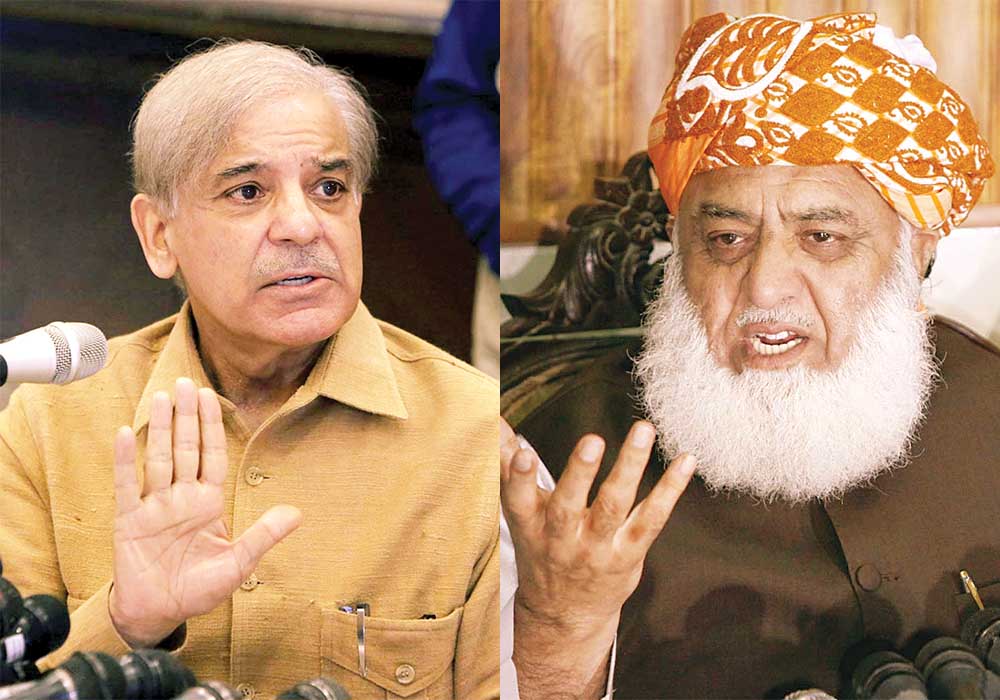 Pakistan Democratic Movement (PDM) chief Maulana Fazlur Rehman on Saturday questioned the legality of the National Security Policy (NSP), saying that parliament was unaware about it during its formation.

“One person’s opinion” on national matters is not enough, he said while addressing an event, a day after Prime Minister Imran Khan launched the public version of the policy. The full version will remain confidential.

The JUI-F chief said his party had a massive following, lashing out at the government for green-lighting the security policy “without any consultations”.

“Politics is the only path to power,” the JUI-F chief said, adding, “The ulema have to unite for the benefit of the people.”

This is not the first time that the opposition has critised the government over the NSP. In December, there was a ruckus in the Upper House, as senators lashed out at the government for not presenting the NSP in the Senate.

“What sort of a policy is this that the parliament did not get a chance to debate over? The parliament has not even seen this policy,” Pakistan People’s Party (PPP) Senator Sherry Rehman said, chiding the government.

PPP Secretary General Syed Nayyar Hussain Bukhari also said in a statement that the party values national security more than anything, but parliament should be taken into confidence on national issues like the NSP. He said that country’s security was linked to economic stability, adding that only a unified national strategy could deal with all threats to the country.

It may be mentioned here that during the launch of the NSP’s public version in Islamabad, PM Imran Khan said the nation was now “headed in the right direction”. The premier said national security was defined “in the right manner” in the new policy, as Pakistan had only had a one-dimensional thought, that it needed just “military security”

Meanwhile, Pakistan Muslim League-Nawaz (PML-N) President and Leader of the Opposition in the National Assembly Shehbaz Sharif said that Pakistan was facing worst kind of inflation, poverty and unemployment these days. “Imran [Khan] Niazi is responsible for this worst inflation and we strongly rejected the mini-budget, as it will further increase the problems of the masses,” he said while talking to journalist in Lahore after visiting the residence of PML-N MPA Bilal Yasin. Yasin survived an assassination attempt a few days ago when he was visiting his constituency in Lahore’s Bilal Gunj area.

Shehbaz said the government of Imran Khan had made the life of a common man miserable due to its wrong policies. Talking about the no-confidence motion against Imran Khan, the PML-N president said that it would be decided after thorough consultation with the opposition parties.

During a press conference at the party secretariat in Model Town, they said the “failed” government had “failed” ministers and it would be in the interest of the country to get rid of the incompetent government.

Ahsan Iqbal, who had also served as the minister for planning, development and reforms during the last tenure, said the government had sold the State Bank of Pakistan (SBP) to the International Monetary Fund (IMF). “January 13 will be marked as the black day in our history when the SBP was made a subsidiary institution of the IMF through an unconstitutional legislation,” he said. Such moves of the government would have dire consequences in the future, he said. According to the PML-N leaders, the government had once again started politics over the health of Nawaz Sharif.

The senior PML-N leaders severely criticised the government, and added that the opposition’s march would change the country’s history. Ayaz Sadiq said that he would go to London in the first week of February to meet Nawaz Sharif again.

On the other hand, JUI-F leader Maulana Abdul Ghafoor Haideri said that the long march scheduled for March 25 would end the government.

Addressing a press conference in Islamabad, he said the PDM parties did not have enough strength for the success of a no-confidence motion. “We will see how sincerely the PPP joins us,” he maintained.

He said that announcements were made with regard to national security. “Today there is no peace in Khyber Pakhtunkhwa and [erstwhile] FATA. Everything is present in the constitution, but there is no implementation,” he added. Haideri said his party had always struggled for constitutional steps. “The people have been burdened with Rs350 billion tax in the supplementary budget. The government has dropped the inflation bomb,” he maintained.