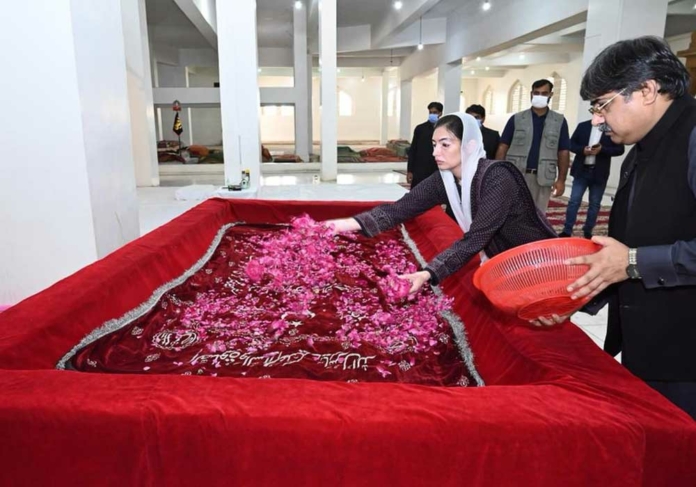 Without naming anyone, Zardari in a statement said that the person was crossing every limit to create chaos in the country. “This person neither cares about the integrity of the country nor the institutions of the country. He is a greedy person who thinks about nothing but power.”

Zardari said that the survival of the country depends on the survival of institutions. “We will not tolerate any attack on them. Since 1947 and we along with our institutions have fought against the common enemy and will continue to do so,” he said.

“This time around, the enemy has attacked from within. We can never forget the sacrifices and martyrdoms of the Pakistan Army. We will thwart the enemy’s design,” Zardari concluded.

Separately, Pakistan Democratic Movement (PDM) Chairman Maulana Fazlur Rehman Saturday said that Imran Khan was facing the fire of hatred he lit up in the society. In a reaction to the Wazirabad incident, the JUI-F chief said the PTI long march was attacked in Punjab wherein the PTI was in power. He said that the attacker was caught by PTI workers and was handed over to Punjab police. Later, the Punjab police issued a confessional statement in which the suspect accused Imran of blasphemy.

He said that the PTI chief had made unsubstantiated claims by levelling allegations against Prime Minister Shehbaz Sharif, Interior Minister Rana Sanaullah and a senior army official.  The confessional statement was not taken by any federal institution but by Punjab police, he mentioned. The PDM chief demanded a high-level investigation into the matter. He questioned why Imran Khan was not shifted to any nearby government hospital. “The PTI chief preferred to go to his own hospital so that any report should not be made which contradict his claims.”

He was of the view that using such incidents for political gains would be dangerous and a third force could take advantage of such incidents.