Over 35,000 cops to guard Eid congregations across Punjab: IGP

Rao Sardar calls for deployment of snipers on rooftops of sensitive mosques, imambargahs 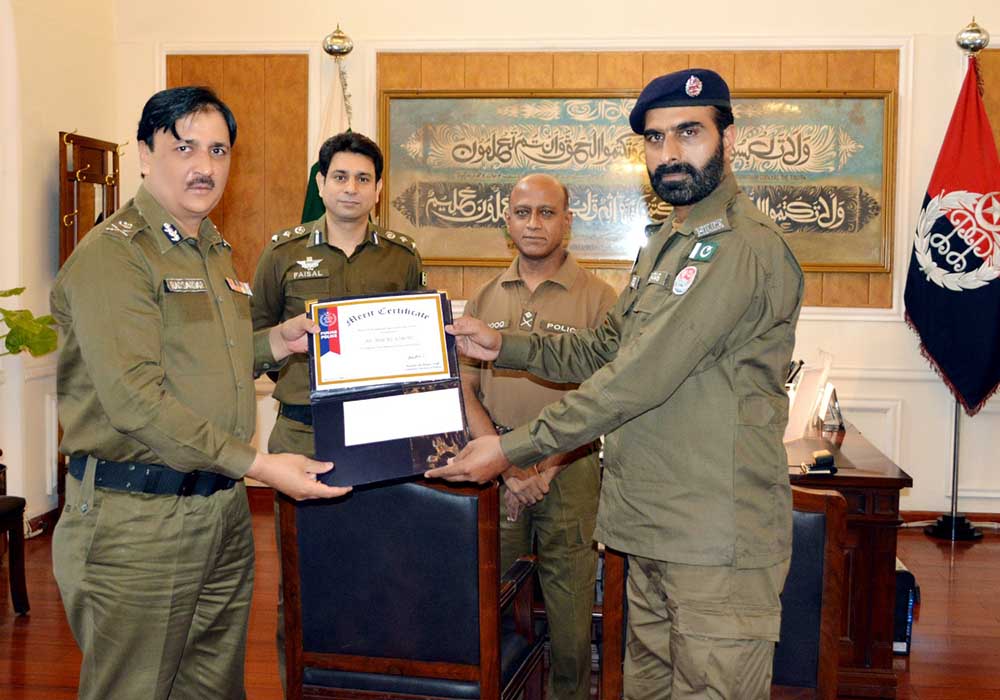 Punjab Inspector General of Police Rao Sardar Ali Khan has said that on the occasion of Eid-ul-Azha, foolproof arrangements have been made in all districts of the province for the security of mosques, imambargahs and Eid gatherings in open spaces.

The IGP, while reviewing the security plan for Eid on Thursday, issued this directive to all the supervisory officers of the province.

The IGP directed that complete checking and clearance of all mosques, imambargahs and Eid venues should be ensured before Eid prayers. He directed deployment of snipers on rooftops of sensitive mosques and imambargahs. He also directed to ensure checking of sensitive places with CCTV monitoring through walk-through gates and metal detectors.

Rao Sardar said that the DIG traffic should monitor the action plan on the occasion of Eid to ensure a smooth flow of traffic across the province, and special attention should be paid to the flow of traffic in the vicinity of cattle markets on the night before Eid. The top cop directed that the patrolling hours of Dolphin, PRU and QRF on major highways in all major cities, including Lahore, must be increased.

Implementation of the home department’s SOPs should be ensured in all cases and efforts to collect skins by changing names or in any other way should not be allowed to succeed by making the monitoring process of banned organizations more effective, he said.

A spokesman for the Punjab Police said that more than 35,000 personnel would be on duty for the security of 27,645 Eid prayer gatherings across the province on the occasion of Eid.

The IGP directed the officers to continue the search, sweep, combing and intelligence-based operations in all districts daily. Special care should be taken for the security of citizens visiting different recreational spots, he added.

He said that DPOs and RPOs of all districts should be seen in the field checking foolproof security arrangements, and additional teams should be deployed in the vicinity of cattle markets the day before Eid. Rao Sardar said that foolproof arrangements should be made under an effective strategy to prevent street crimes and incidents of robbery on highways.

Earlier in the day, he said the officers who enhance the prestige of the organisation are valuable assets of the department and they will be encouraged at every level.

Rao Sardar said that the culture of education and research is being promoted by the Punjab police. In this regard, cooperation and collaboration with university students were being further enhanced. The IGP said that steps would be taken on a priority basis to provide facilities to the personnel participating in sports, education and research or other such constructive activities. He expressed these views while meeting Head Constable Abid Ali at the Central Police Office.

Abid Ali’s book has been published by a well-known publishing house in the city. On this unique honour, the IGP invited Abid Ali to his office and encouraged him with cash prizes for writing the book.