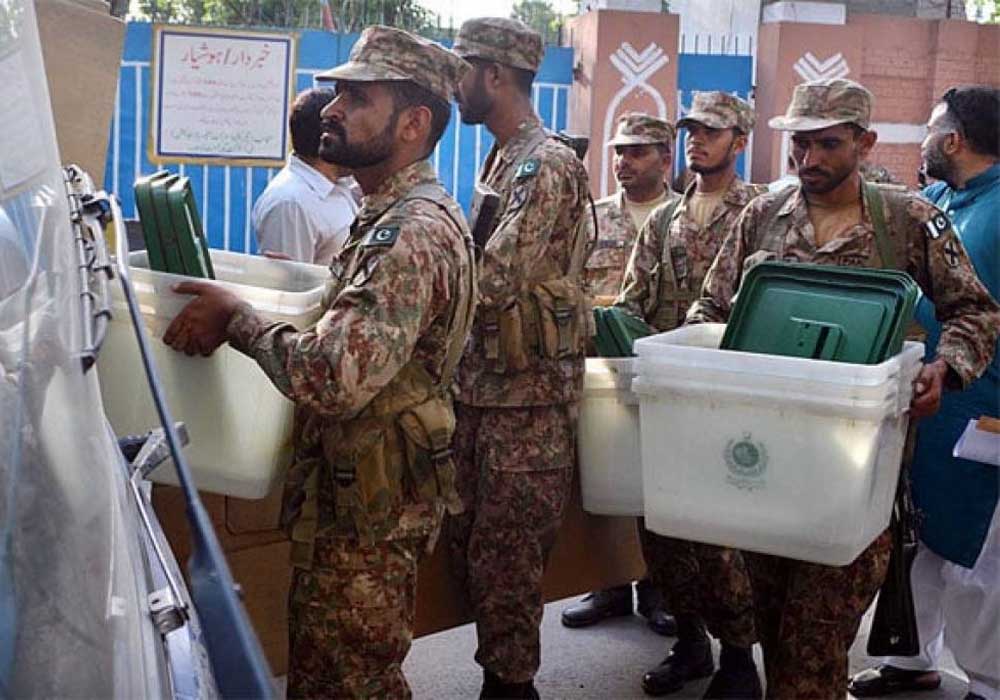 The Pakistan Army rejected a proposal for a static army deployment outside voting places for the Jan 15 local government elections in Hyderabad and Karachi.

The military operations directorate, General Headquarters, had been contacted by the Election Commission of Pakistan on Wednesday over the ECP’s request for enhanced Army and Rangers deployment outside the polling places (GHQ).

The ECP requested an increase in the Pakistan Army and Rangers’ deployment for the LG elections on Monday.

In the letter, it was said that “even commissioners, DROs, and candidates have requested the deployment of Rangers at voting places due to fears of violence and altercations between political rivals on Election Day.”

To guarantee impenetrable security during the polls, the ECP also issued a letter to the Inspector General of Sindh Police.