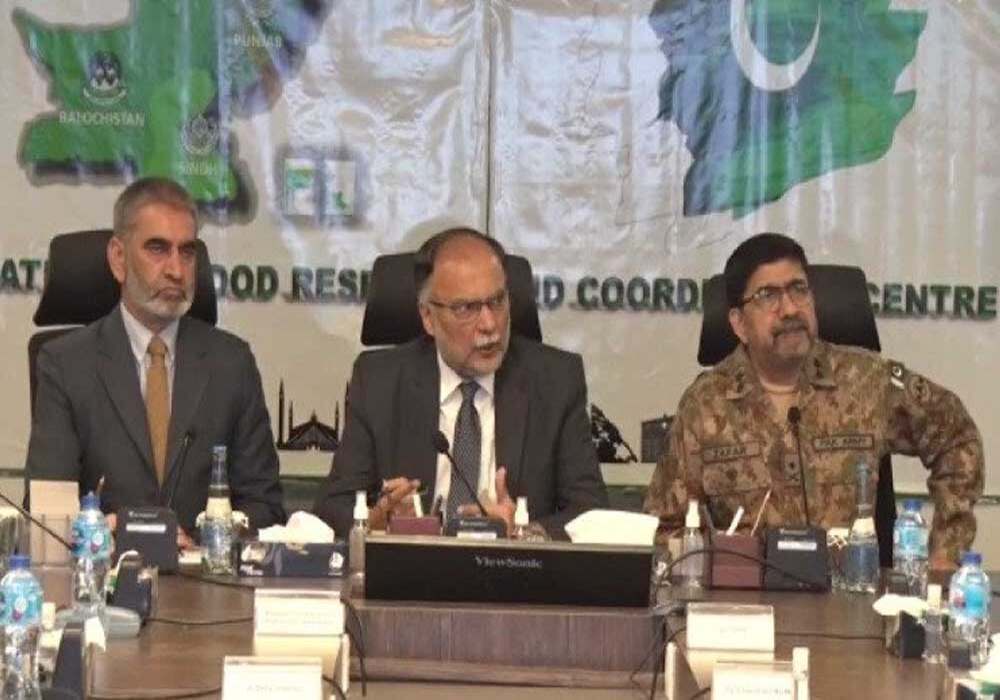 On the directives of Prime Minister Shehbaz Sharif, Minister for Planning Ahsan Iqbal – who is also the deputy chairman of the National Flood Response and Coordination Centre – will launch today (Monday) a ‘digital flood dashboard’ to ensure transparency regarding flood relief assistance and its distribution system.

The dashboard would provide direct information to the general public about the financial support and relief goods being received and distributed among flood victims at the global, federal and provincial levels, according to a statement released by the PM’s Office. An announcement in this regard was made during a meeting chaired by the prime minister. The meeting comprehensively reviewed the ongoing rescue and relief activities in the flood-hit areas. Shehbaz was informed that as per his directive, a digital flood dashboard had been prepared with the use of latest technology to provide all relevant details about the relief activities and receipt and distribution of relief goods and assistance.

Besides ensuring transparency in the ongoing processes, the general public and media would be kept abreast of the relief measures.

The prime minister would personally supervise the digital dashboard, as he had promised to the international community and the nation that relief assistance would be provided to the flood victims in a transparent way. The launching of this dashboard would be a step in this regard. The prime minister had also announced that the audit of the financial aid received for flood victims would be conducted by the Accountant General Pakistan Revenues (AGPR) and a private audit firm of international repute for the sake of transparency.

During the meeting, the prime minister also reviewed the restoration of life activities in the flood-affected areas and directed the authorities concerned to expedite the rehabilitation of roads, bridges, power supply and other relief measures.

He also directed that provision of basic necessities of life, including food items, should be ensured in the flood-affected areas.

While stressing upon collective mechanisms and cooperation with the provincial governments, the prime minister underlined the need for early restoration of roads and the formulation of a comprehensive strategy to resolve other issues faced by the provinces.

On the other hand, United Nations Secretary-General Antonio Guterres called for substantial increase in financing to the developing countries for adaptation resilience to counter the negative effects of climate change. In an interview with PTV aired on Sunday, he said, “It is crucial that financial support to the developing countries in relation to adaptation resilience increases substantially.”

“We need $300 billion for the adaptation of developing countries. Strong responsibility is needed for that.” Guterres said losses and damages to the environment were foreseen in the Paris Agreement but there was no progress or serious discussion on the issue. He was hopeful that progress would take place on the issue of climate change during upcoming discussions at the international level.