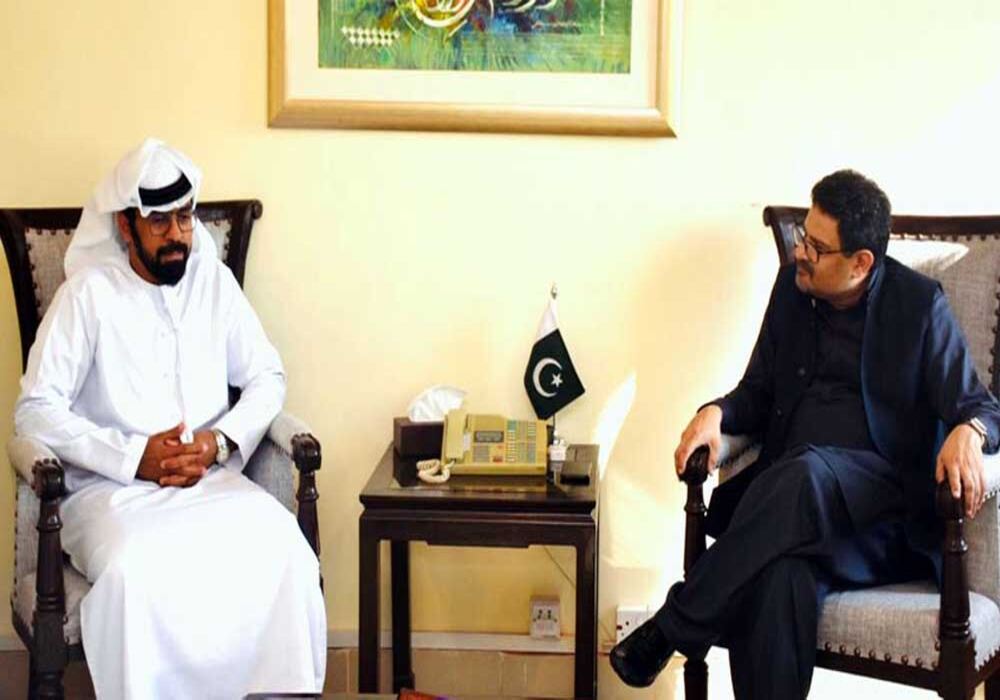 A team of economic experts from the United Arab Emirates (UAE) held a meeting with Finance Minister Miftah Ismail in Islamabad on Monday.

During the meeting, Pakistan and the UAE agreed to accelerate the economic activities between the two countries. The UAE economic team appreciated the government’s cooperation for foreign investment in Pakistan.

The meeting also reviewed various bilateral issues of common concern. They discussed cooperation in the fields of energy, economy and other areas.

Miftah Ismail apprised the UAE economic team of investment-friendly policies of the present government and a conducive atmosphere for investment in Pakistan.

Last month, it emerged that the UAE is planning to invest $1 billion in Pakistan’s economic and investment sectors. The move aims at exploring new investment opportunities, expanding bilateral economic relations and enhancing mutual cooperation in projects covering various sectors of the economy.

The minister held a meeting with delegation of Pakistan Textile Exporters Association (PTEA) led by its Patron in Chief Khurram Mukhtar.

The finance minister was briefed on the contribution of textile sector in overall sustainable economic growth of the country.  They also discussed about the various issues being faced by exporters especially related to exports and tax refunds.

The finance minister assured that government wants to enhance the overall exports of the country and every possible support will be provided in this regard.

The minister directed the relevant authorities to take the appropriate steps for resolving these issues.

Miftah also directed the relevant authorities for resolution of their issues. The minister was apprised about the contribution of Pakistan Dairy Association in the economic growth of the country.

It was also shared that recently due to lumpy skin disease in animals and floods there were  animals’ casualties impacting overall production of milk and meat.

Similarly, various other issues being faced by Pakistan Dairy Association were also discussed in the meeting.