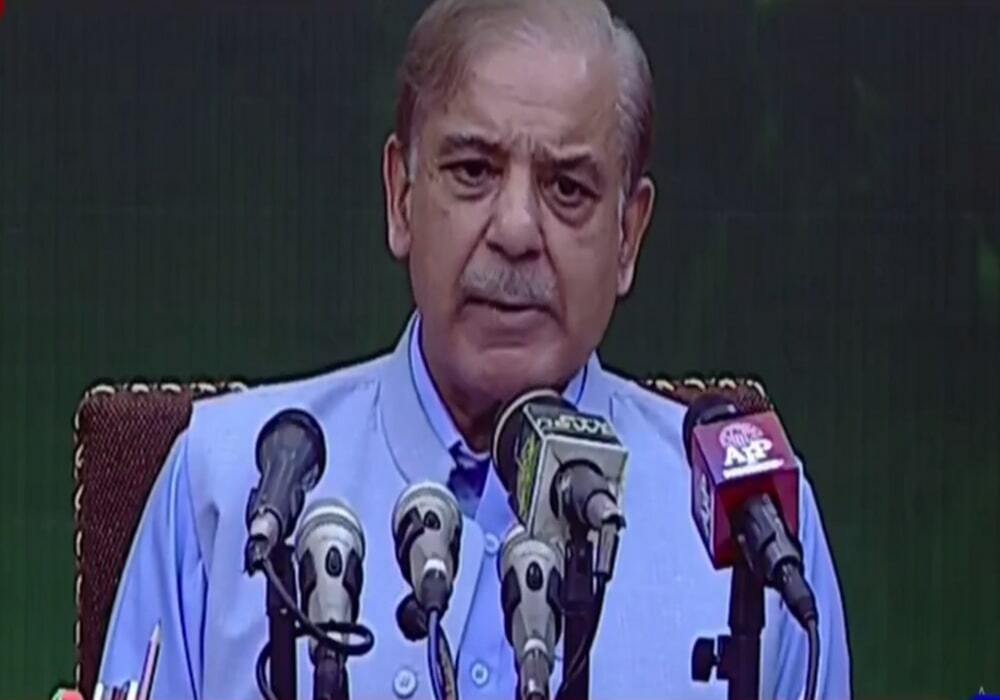 Prime Minister Shehbaz Sharif has said that Pakistan was very badly hit by catastrophic flooding due to changes caused by coal emissions of the world but they needed climate justice, not any alms.

He was addressing a ceremony in Islamabad.

PM Shehbaz Sharif said that he was thankful for the countries that had helped flood victims of Pakistan. He said that the help provided in the hour of need will always be remembered.

He also said that devastations caused by floods have cost more than Rs30 billion to the country majorly in agriculture, industry and grain farming and more than 33 million people were affected due to catastrophic floods

Sharif said that Pakistan has been facing effects of climate change. He praised the efforts of Foreign Minister Bilawal Bhutto Zardari and Federal Minister for Climate Sherry Rehman by saying that Bilawal and Sherry Rehman have made best of their efforts for flooded parts and flood victims of the country.

He said that Pakistan has become a victim of the Prime Minister and also appreciated the efforts of the Environment Ministry, Foreign Ministry and related institutions.

He said that Sindh and Balochistan were badly hit due to unprecedented floods. It was for the first time that Pakistan’s appeal was heard worldwide. He also said that Pakistan needed an aid package for devastations caused due to climate change but they didn’t want any kind of alms.

He said that the flooding due to heavy rainfalls had wreaked havoc in many parts of Pakistan. He also warned that it was a bitter reality that what has happened so far will not be limited by now but will have effects and consequences in the time to come.