Naseem Shah got 5, Babar and Fakhar made fifties Rizwan scored 77 not out 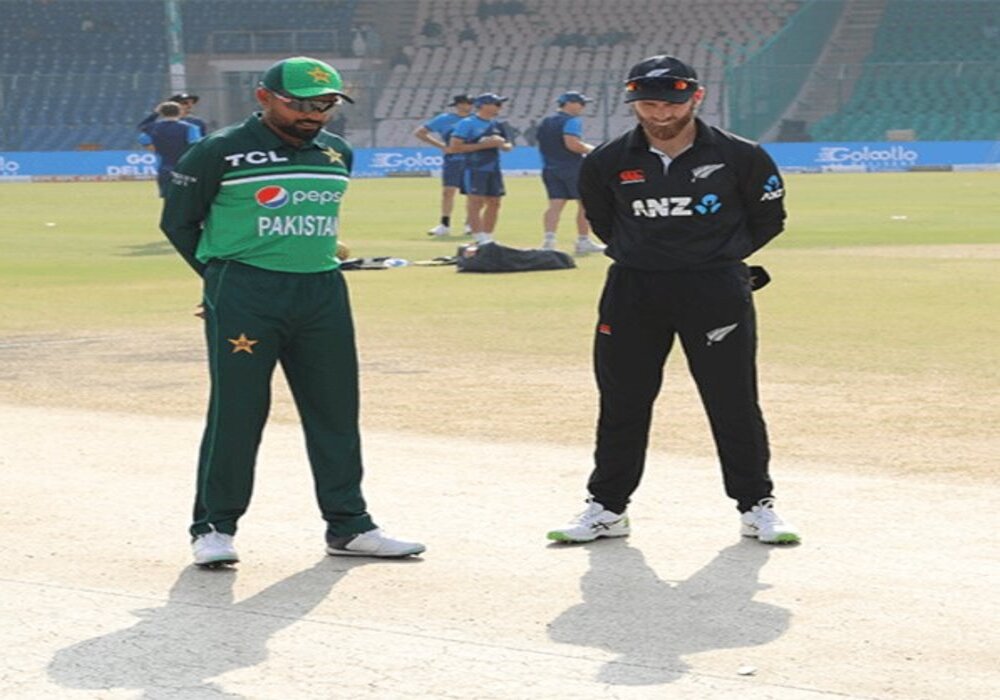 Pakistan has won the first One Day International (ODI) against New Zealand by six wickets in chase of a target of 256 runs taking a 1-0 lead in the three-match series.

In the first match of the series being played in Karachi Pakistan invited New Zealand to bat first after winning the toss.

Naseem Shah proved his captain’s decision right and dismissed Devon Conway for zero in the first over. Finn Allen and Kane Williamson took the score to 37 runs for the second wicket but Mohammad Waseem ended Eileen’s innings with 29 runs.

Debutant Usama Mir sent Kiwi Skipper Williamson to the pavilion on the score of 69 and gave the visitors the third loss. Daryl Mitchell along with Tom Latham put on a good partnership for the fourth wicket and pulled the team out of trouble to some extent but Mohammad Nawaz dismissed him for 125.

Mitchell faced 55 balls and scored 36 runs with the help of just one four. Glenn Phillips and Michael Bracewell took the score to 213 runs in partnership. Phillips was the sixth New Zealand batsman to be dismissed for 37 runs.

Bracewell top-scored for New Zealand with 43 and was dismissed by Naseem who also got the wicket of Henry Shipley on the next ball.

Mitchell Santner scored 21 runs off 18 balls to take the team’s score to 255 runs but Naseem Shah made him caught by Mohammad Nawaz and completed his 5 wickets. Tim Southee scored 15 and Lockie Ferguson scored one run without getting out.

Chasing the target Pakistan suffered the first loss on 30 runs when Imam-ul-Haq was dismissed for 11 runs. Fakhar Zaman completed his half-century with the best comeback after injury and was dismissed by Bracewell.

Captain Babar Azam took his innings forward and completed the 23rd half-century of his career. He scored 66 runs. Rizwan took over after the captain’s dismissal while Haris Sohail came to the field to support him.

Haris Sohail batted aggressively and scored 32 runs in 23 balls and was caught by Santner in an attempt to play another high shot off Tim Southee.

Rizwan remained not out at 77 while Agha Salman scored 13 without giving his wicket to take Pakistan to victory in 48.1 overs.

Earlier, Pakistan made the debut of young spinner Osama Mir in the match, while Henry Shipley is also playing the first international match of his career for New Zealand.