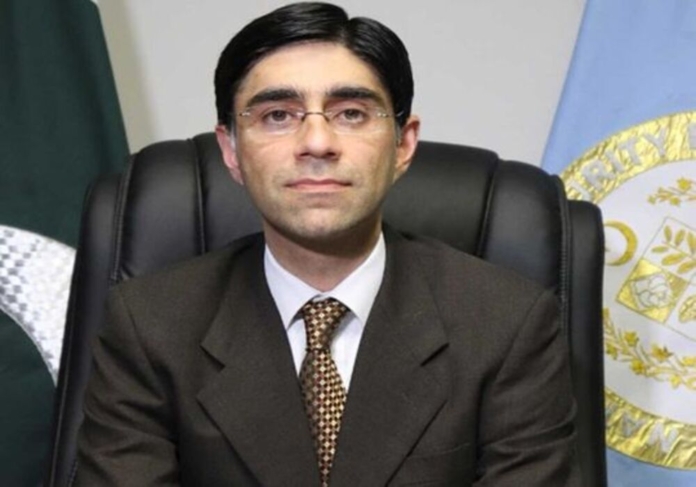 Former national security adviser Dr. Moeed Yusuf warned that Pakistan would not be able to secure “military security or human security” without ensuring a strong economy.

On Thursday, he emphasized the importance of strengthening the nation’s economy by generating and maintaining robust economic growth while delivering his remarks at The Institute of Strategic Studies Islamabad (ISSI), a government-funded think tank, which hosted a seminar on ‘Significance of National Security Policy in the Changing Geo-Political Situation’.

Dr. Yusuf played a crucial role in developing Pakistan’s first national security strategy, which was unveiled in January. For the “safety, security, dignity, and prosperity” of the people, the policy encouraged the pursuit of “comprehensive national security”, which includes economic, human, and traditional security.

The former NSA noted Pakistan’s lack of foreign reserves. “We need to raise $30 to $35 billion to be sustainable. We cannot have a separate foreign policy because of this gap,” he insisted.

He thought that raising investments, creating skilled labour, and luring foreign direct investment may all help the issue.

According to Dr. Yusuf, the world was in a state of flux, which has increased the need for economic stability.

He stated that in this chaotic world, the country had to attain economic stability.