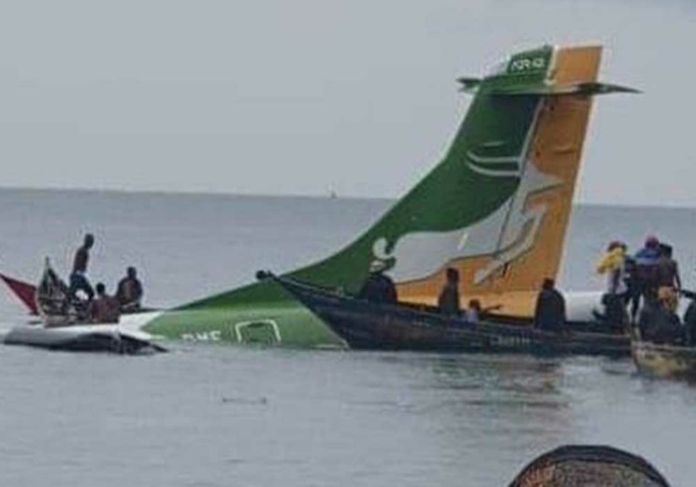 A domestic passenger plane in Tanzania crashed into Lake Victoria as a result of terrible weather just before landing in the city of Bukoba in the northwest.

On Sunday, according to authorities, rescue attempts were in progress after the crash.

Provincial Police Chief William Mwampaghale informed reporters At Bukoba airport that there was an accident involving a Precision Air plane that… went into the water around 100 meters from the airport.

No information on the number of passengers on board was immediately available, but local media reports indicated that the flight from Tanzania’s commercial metropolis of Dar es Salaam to the lakeside city carried about 49 people.

The state-owned Tanzania Broadcasting Corporation said that 15 individuals have so far been saved.

According to TBC, the plane, which had left from the nation’s capital of Dar es Salaam, dropped in Lake Victoria this morning due to a storm and heavy rains.

The plane was almost completely immersed in the sea, with only its green and brown tail visible above the surface, according to social media posts and video footage.

TBC added that rescue boats had been sent out and that emergency personnel was still working to free additional trapped passengers from the aircraft.

Tanzanian President Samia Suluhu Hassan asked everyone to remain efforts are going on.