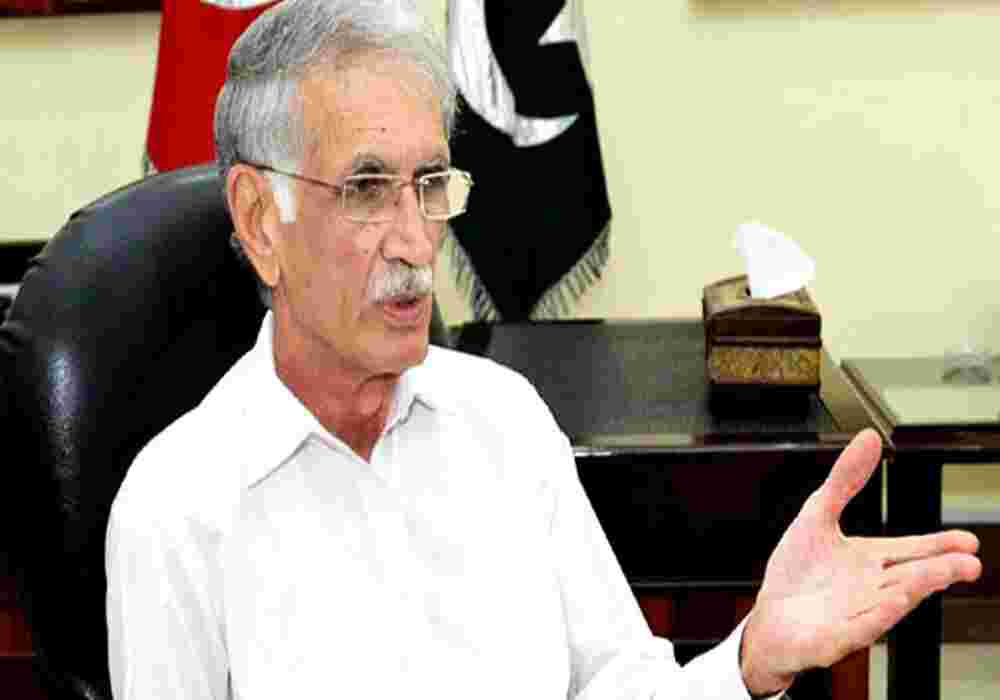 Pakistan Tehreek-e-Insaf senior leader Pervaiz Khattak stated that they will continue to fight for early and fair elections till their demands are accepted.

Speaking to reporters in Peshawar, he claimed that early elections are crucial since the nation’s political and economic unrest is getting worse by the day.

The provincial president of the PTI stated that they intended to let the federal government know that Imran Khan was a “force” and that the people would support him no matter what it had planned.

Khattak asserted that the federal government was hesitant to set a date for the general elections because of fear of defeat.

Earlier, PTI Chairman Imran Khan announced that after meeting his Chief Ministers and party members they will resign from all the provincial assemblies, he was addressing his “Haqeeqi Azadi” march in Rawalpindi on Saturday.

He said that their demand was fresh elections as the majority of the nation has demanded that. He also said that Nawaz Sharif didn’t want elections because he knew that they would not be able to win against the PTI.

He said that institutions do not become weak by themselves but those are made weak for the personal benefit of the elite.

He was addressing the gathering of PTI supporters who had gathered upon his call in Rawalpindi.