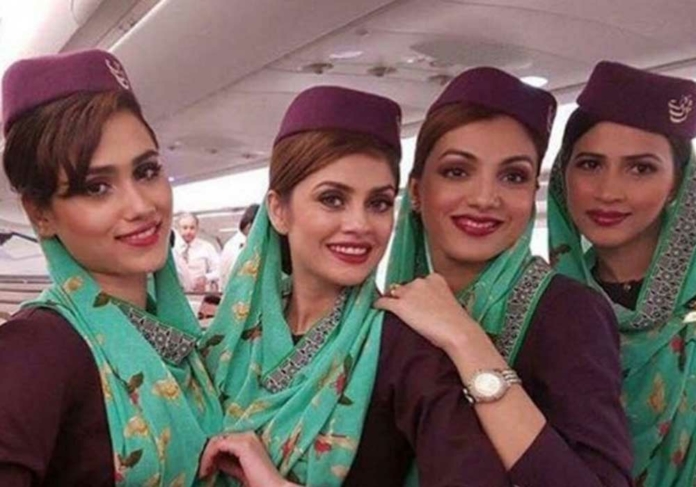 The internal instruction memo by PIA’s General Manager Flight Services Aamir Bashir has stated that it had come to the observation that during intercity travel, hotel stays and visiting various suffices a few cabin crew had tended to dress casually.

The statement also read that the dressing of this kind was leaving a poor impression on the viewer and eventually was interpreting a negative image of the individual as well as the organization.

The national airline has directed its aircrew to wear undergarments as a must. In a strange development, PIA has also said that the outfit of air attendants was leaving a negative impression as well as it was portraying a poor image of the airline.

The cabin crew has been directed to dress properly in formal plain clothes along with undergarments.

The new guideline has also directed that the clothes of air attendants, both male and female, should be in accordance with the cultural and national morals of the country.

It has further directed the grooming officers to monitor the cabin crew all the time and report in case of any deviation from the rules.