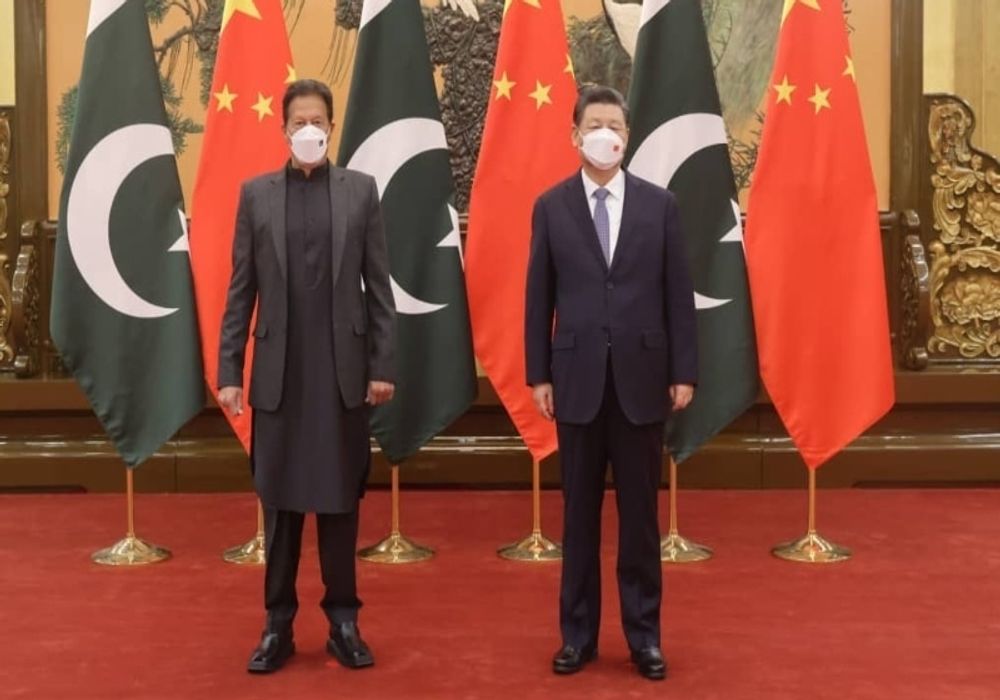 Prime Minister Imran Khan has concluded his visit to China following a meeting with Chinese President Xi Jinping on Sunday.

A statement issued by the Prime Ministerâ€™s Office (PMO) detailed that the premier met the Chinese president at the Great Hall of People in Beijing and that this was the first meeting between the two since 2019.

The statement added that the two reviewed the range of Pak-China bilateral cooperation and exchanged views on global and regional issues concerning both countries.

Prime Minister Imran Khan expressed his congratulations to the Chinese leadership on being successful in hosting the Winter Olympics and gave his wishes on the new Chinese Lunar Year.

The premier stated that the partnership between the two countries had passed the test of time and the two nations stood firmly with each other.

Moreover, PM Khan apprised Xi Jinping of his geo-economic vision and his governmentâ€™s policies aimed at bringing about sustained growth and development in the industrial and agricultural sector.

He further appreciated Chinaâ€™s support for Pakistanâ€™s development in the context of the China Pakistan Economic Corridor and welcomed investment in the country.

The prime minister also spoke about the increasing polarisation in the world, climate change, pandemic, inequalities and emphasised cooperation to tackle these challenges.

Indian atrocities in Occupied Jammu and Kashmir, and the need for a peaceful Afghanistan also came under discussion.

Furthermore, both the leaders expressed appreciation about the agreements signed regarding cooperation in industry, space, and vaccination.

Chinese President Xi Jinping laid emphasis on Chinese support to Pakistan in protection of its independence, sovereignty, dignity, as well as tackling terrorism.