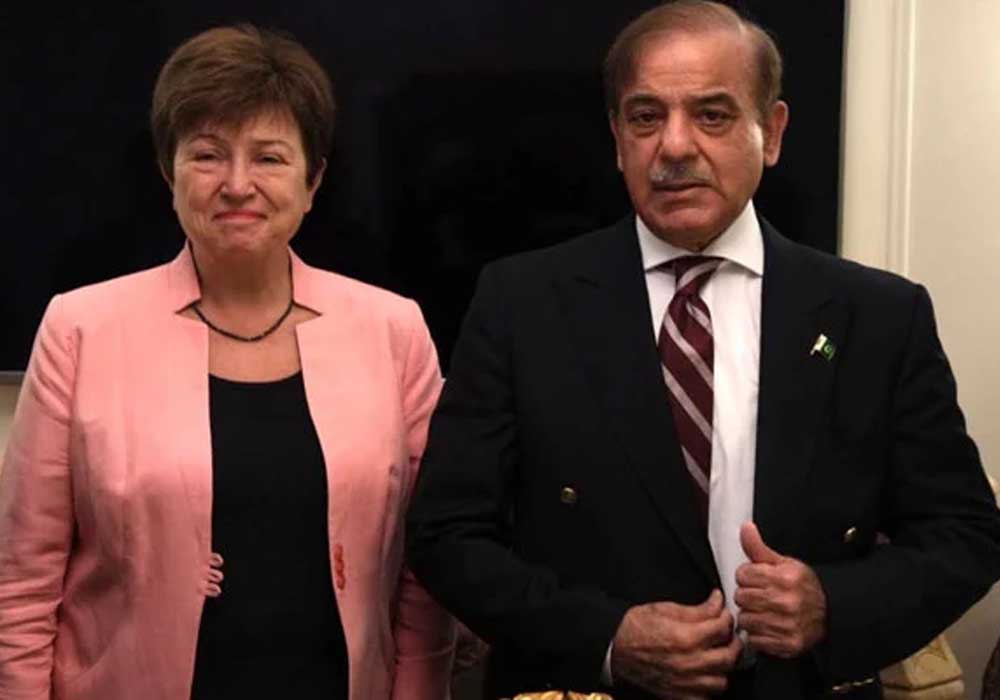 Prime Minister Shehbaz Sharif spoke with IMF Managing Director Kristalina Georgieva on the phone about the upcoming Geneva International Conference on Resilient Pakistan, according to the IMF’s spokesperson on Sunday.

The statement continued that Georgieva backed Pakistan’s efforts to create a more resilient recovery during the call with the prime minister and once more conveyed her sympathies to those who were directly impacted by the floods.

To discuss unresolved concerns and possible next steps, the IMF delegation is anticipated to meet with Finance Minister Dar outside of the Geneva conference, according to the statement.

A high-level team will be led by PM Shehbaz to Switzerland, where he will co-host the summit with UN Secretary-General Antonio Guterres beginning on January 9.

To aid Pakistan’s people and government in more efficiently recovering from the destruction caused by recent floods, the conference will help mobilize international assistance.

The IMF director had earlier this week turned down PM Shehbaz’s invitation to the conference, although he expressed interest in participating remotely in the meeting. As the IMF board meetings were scheduled for January 9–10, she emphasized that she would only be able to participate electronically in the conference.

According to a statement released by the Prime Minister’s Office, the IMF director appreciated the invitation but stated that because the IMF board meetings were scheduled for January 9-10, “she will only be able to participate virtually.”