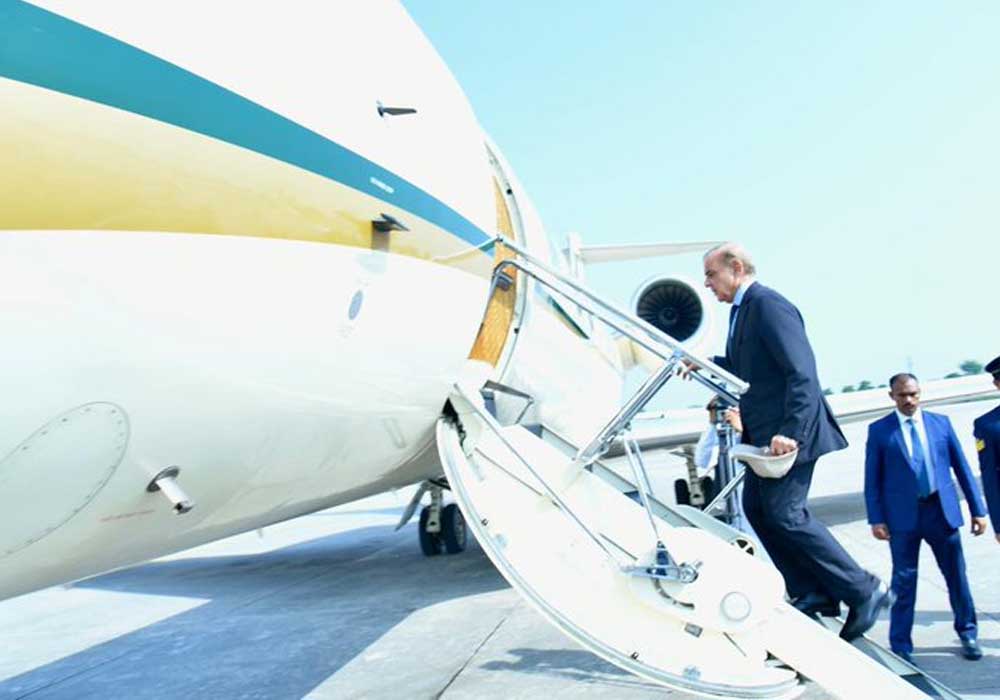 Prime Minister Shehbaz Sharif will leave for Kazakhstan tomorrow to participate in the sixth summit of the Conference on Interaction and Confidence Building Measures in Asia (CICA) in Astana.

For participation in two-day conference, PM Shehbaz will be accompanied by his cabinet members and senior officials.

The premier will highlight perspective of Pakistan on regional and global issues along with elaborating upon the significance of CICA to promote interaction, understanding and collaboration among the Asian countries.

PM Shehbaz will also hold bilateral meetings with different leaders of CICA member states. Greater cooperation in trade, investment and energy will be fostered in the meetings.

CICA consists of 27 Asian countries and was formed in 1992 to focus on continental peace, security and socio-economic development. It promotes confidence building measures under five broad domains including economic, environmental and human dimensions along with military-political dimension.

Pakistan is important in promotion of connectivity and economic cooperation in Asia and the participation of the premier in CICA summit attests the importance.

The draft documents for the upcoming CICA summit on October 12-13 were prepared in a Special Working Group meeting on September 28-29. Transformation of CICA into a full-fledged international organization along with other draft documents including CICA plan of action on the implementation of the United Nations (UN) Global-Terrorism Strategy were designed in the meeting.