Says danger of default averted due to efforts of coalition partners 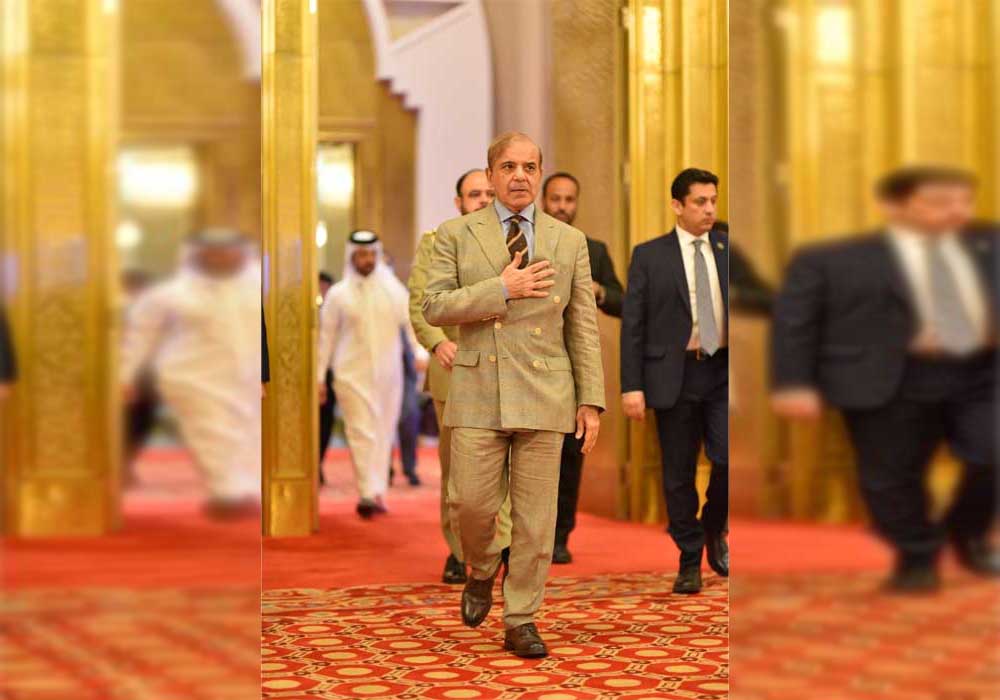 Prime Minister Shehbaz Sharif on Tuesday announced a complete exemption for about 17.1 million electricity consumers out of 30 million in the country from paying their fuel adjustment charges in the electricity bills.

As immediate relief measures to the masses, the prime minister said the government had also notified rescinding of levy of fixed taxes on retailers and shopkeepers. He announced that out of 30 million consumers, a total of 17.1 million would not pay the fuel adjustment charges (FAC) in their electricity bills, as it was now removed. “After this relief announcement, they will not pay a single rupee under the FAC,” he added.

He said about 300,000 users of agriculture tube-wells in the country would also enjoy a complete exemption from the FAC.

The prime minister further explained that a mechanism in that regard would be announced soon, adding they were also reviewing other power users’ costs.

Accompanied by members of his delegation in Qatar where he arrived on a two-day official visit, the prime minister said when they came into power they had two targets to achieve.

The coalition government carried the backlog of the previous government which had left behind a trail of worst performance and economic decay, and due to their pathetic policies, the country was on the verge of default, he said, adding that due to the untiring efforts of the incumbent government, that danger was over.

The prime minister said the previous government’s poor performance had resulted in the price hike of commodities, but his government continued its efforts day and night to control it.

He said that though they had not achieved much but collective efforts were being made “to send the jinni of price hike back into the bottle”. The prime minister regretted that during the debate on the passage of first fiscal budget, they had discussed the issue of fixed tax on retailers and shopkeepers but practically, the things went wrong which did not reflect reality.

Imposition of such taxes was against the spirit of what they had discussed, he said, adding that due to such measures, the small shopkeepers had to face an extra burden of paying taxes.

The prime minister clarified that it was neither the purpose of the government nor had they discussed such a mechanism. A committee had been set up to fix the responsibility on the issue which would submit its report, he said, adding the process would take some time.

The premier said a notification was also issued regarding removal of fixed taxes of Rs3,000, Rs6,000 and Rs10,000 on the shopkeepers.

He said such a waiver would result in Rs42 billion revenue collection gap, but the government would meet it from other resources, as it did not want to create problems for the small shopkeepers.

Shehbaz assured the retailers and shopkeepers that they did not need to worry, as they would not face problems because the government had controlled all things.

About the second issue the coalition government faced, he said the fuel adjustment charge was interlinked with the fluctuation of prices of oil in the international markets, which were being adjusted in the electricity bills. The prime minster said in the months of July and August, the consumers had to face high fuel adjustment charges.

He said he also took immediate notice of that issue, and on the directives of Pakistan Muslim League-Nawaz (PML-N) supremo Nawaz Sharif and in consultation with the leaders of the coalition partners, they continued reviewing the issue during the last few days.

The prime minister said Nawaz Sharif had issued a clear directive that such high costs were not acceptable.

He said it was the irony of fate that they had to consult with the International Monetary Fund (IMF) for everything due to an agreement of the previous regime, and but now they had negotiated the relief successfully.

About his visit to Qatar, the prime minister said it was their second home and he had arrived there to discuss different aspects of bilateral investment, trade and development projects for the progress and prosperity of the people of Pakistan.

He said it pained him too much when questions were asked about the stalemate projects during the last four years of the previous government. Still, the prime minister said, they had to strive and shed their sweat for the progress and prosperity of the country.

“Good times will arrive, though it may be late but not impossible,” he said, and said all leaders of the coalition government had been working day and night to put the country back on the track of progress and development. He said the coalition government was working for the well-being of the entire nation and expressed optimism that they would get success in the days ahead.