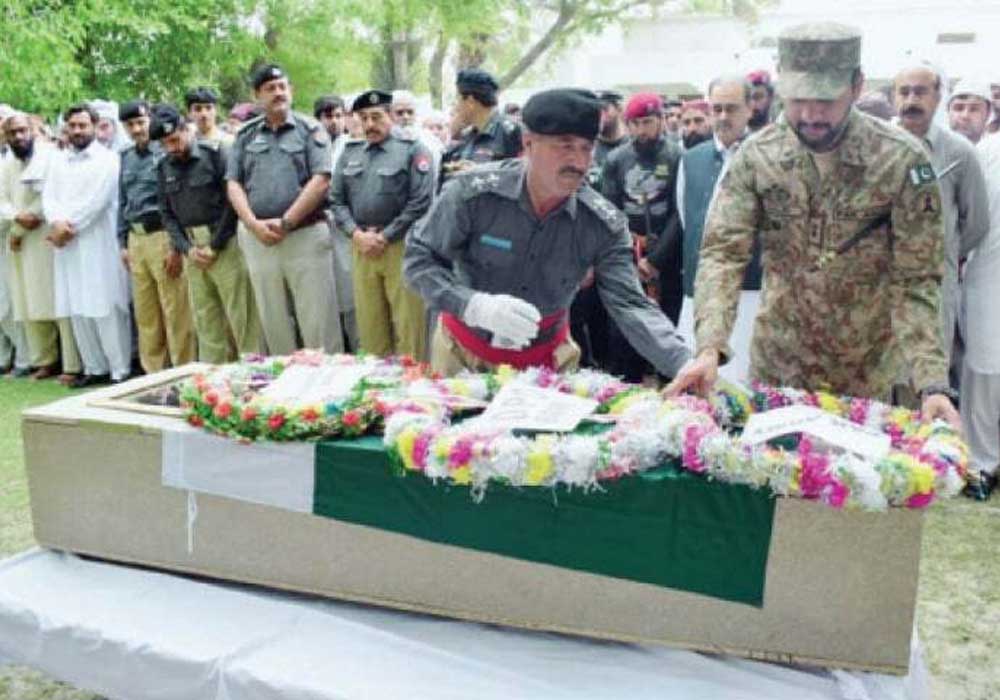 Attacks against Khyber Pakhtunkhwa (K-P) police have been occurring daily across the province since the outlawed Tehreek-e-Taliban (TTP) ended the ceasefire with the government after militants assaulted a police post on Tuesday night in Bannu, killing one policeman.

The Kinger Pull police post in Bannu was encircled and attacked. According to authorities after a 30-minute shootout, the police fought back and stopped the attack.

According to a police official, a police unit was dispatched to reinforce the post but terrorists managed to escape. One police head constable, Sardar Ali Khan Marwat, lost his life in the exchange of fire with militants.

Meanwhile, on Wednesday, a team from the Counter Terrorism Department (CTD) Bannu stormed a safe house and captured four terrorists.

Police claimed that Attiq Gul also known as Tipu Gul, a TTP commander, was also detained. He was wanted by the police in multiple instances of deliberate attacks on police stations.

A terrorist named Zahidullah, a resident of Janni Khel, Bannu, was also detained by CTD during a separate raid. He was wanted for his arrest, dead or alive, with head money of Rs. 20 million.

Four armed guys held two police officers hostage and stole their official AK-47 weapons in the Darazaida neighbourhood of the DI Khan district in yet another act of terrorism. The assailants were successful in escaping with firearms.

Both officers were on routine polio security duty when they were taken captive by four extremists.