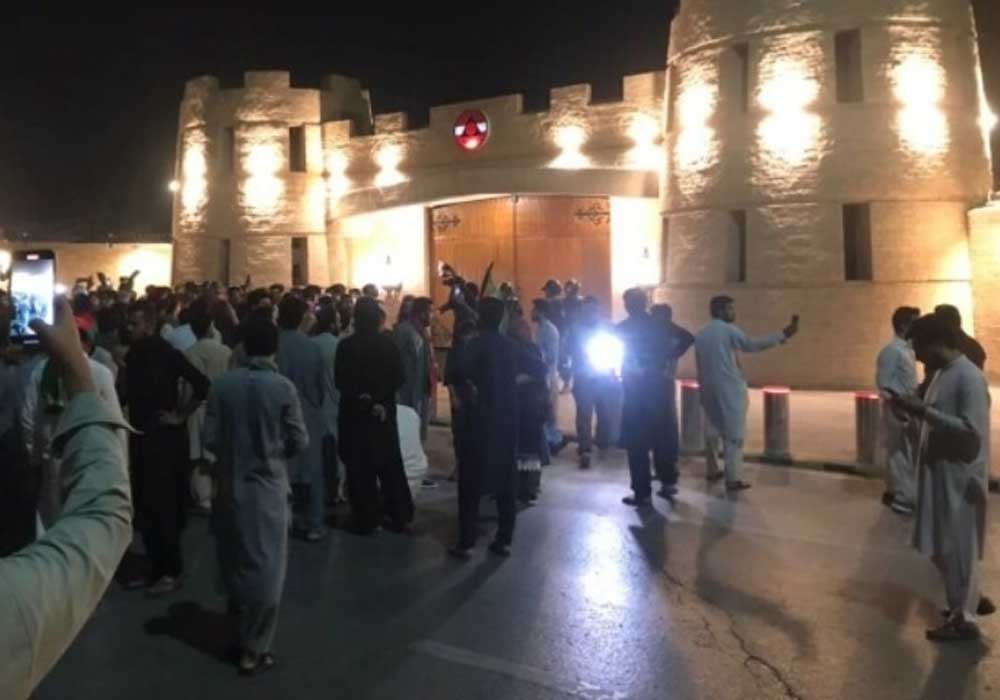 Police have written to the Deputy Speaker of the Khyber Pakhtunkhwa Assembly about the arrest of Pakistan Tehreek-e-Insaf (PTI) MPA Fazal Elahi over a November 3 demonstration outside the corps commander’s home in Peshawar.

A charge has been filed against Haji Fazal Elahi and other PTI leaders for demonstrating against the heinous attack on former prime minister Imran Khan in Wazirabad outside the home of the Peshawar Corps Commander.

The North Cantonment police station has opened an investigation under sections 341, 353 and 437 of the Pakistan Penal Code which include provisions for causing damage to public property hindering a public worker from doing his or her duties and attempting to assault.

The FIR did not specify who filed the complaint against the MPA but media reports have stated that Chief Minister Mahmood Khan was upset that his party’s member had been arrested.

Peshawar Police Officer Mahmood Ejaz Khan informed Deputy Speaker Khyber Pakhtunkhwa Assembly Mahmood Jan in a letter that member of the provincial assembly Fazal Elahi is wanted by the police in connection with the FIR registered.

The letter also said that the involved authorities have been informed about the accused’s involvement and arrest in the case. The investigative police stated that the matter was still being investigated.

Section 63 of the Provincial Assembly details the arrest or imprisonment of any member by a magistrate in accordance with the Khyber Pakhtunkhwa Procedure and Business Rules 1988.

According to the clause if a provincial lawmaker is arrested, detained or imprisoned by a court or on the instructions of the administration the Speaker must be immediately informed of the reason for the arrest, detention or incarceration.

On November 3 over 300 PTI workers demonstrated to protest against the assassination of former prime minister Imran Khan outside the corps commander’s house.

Protesters stopped the Khyber Road for an hour before arriving near the Chief Minister’s House, where they chanted anti-federal government chants.

On social media, a video of a PTI worker jumping into a police armoured truck went viral.

According to the FIR, PTI workers used sticks to assault and damage the armoured vehicle.