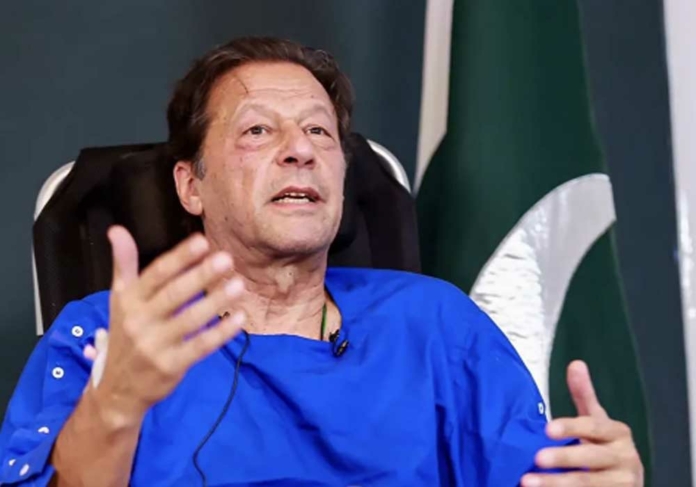 In an interview with German TV DW he said that he has bullet injuries and full recovery might take four weeks. He said that the current government had threatened him the most because of the unprecedented popularity of PTI. He also mentioned landslide victory in by-elections after his ousting.

Imran said that terrorism cases were filed against him, and journalists were targeted who tried to speak the truth or against the current parties in government. He also discussed the conspiracy of religious murder attempts. He said that he had already warned about it in September.

Answering the question of why he was not taking security measures he said that he had two options after being ousted from the government either he had to sit at home or he had gone to the public by putting his life in danger. He said that he has been in public for the past six months.

PTI Chairman said that he is confident that he will win elections anytime but the delay would put the country to a point of no return. He said that the country was on brink of bankruptcy, and the economy was destabilized.

He further said that foreign investment comes only with a stable economy and that nobody would invest from abroad in a country that was already under economic issues.

Answering another question about waiting till the next elections he said that marching to Islamabad wasn’t threatening democracy. He added that his government was brought down unconstitutionally by paying millions of dollars to lawmakers of his. He also said that 60 percent of the imposed government members were on bail and those were the reasons they had no other option but to demand early elections.

The anchor asked why could he not deliver in terms of accountability in his tenure. Imran said that he regretted the thin majority that had hindered him from implementing rule of law and he didn’t have the power to bring the powerful corrupt under the law.