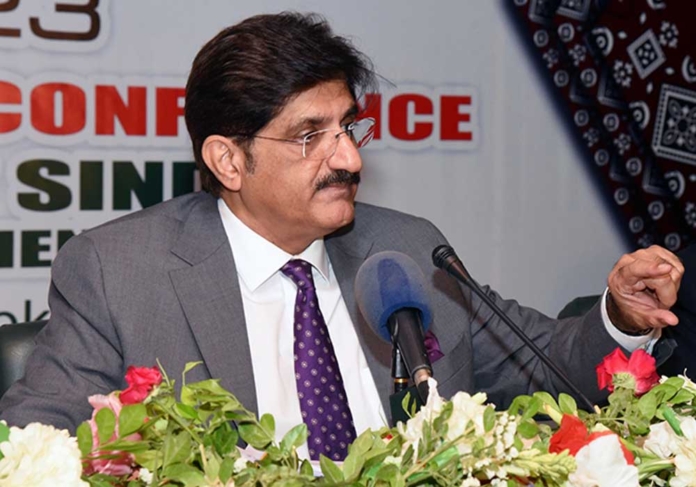 Sindh Chief Minister Syed Murad Ali Shah has said that some portions of the old and recently restored walls of the Ranikot Fort have collapsed due to several reasons such as heavy rainfall and flash floods.

Shah urged the Endowment Fund Trust (EFT) for Preservation of the Heritage to hold a Disaster Management Conference in the city to study the conditions. This he said after receiving a report from the EFT that he had sought. Hamid Akhund, of the EFT has given him a detailed report.

Shah, giving reference to the report, said that some portions of the recently restored walls of Ranikot have collapsed due to heavy rainfall and flash floods.

He added that these walls were further damaged due to faulty drainage within the structure, as the slopes were not properly structured to drain out water, which became impossible during disaster time, resulting in the weakness of the fortification walls. The old walls, which collapsed were already vulnerable and could not withstand the onslaught of the heavy downpour, not witnessed in the last 100 years, the report said. The restored walls, some of which have fallen, were due to landslides and at some places, the walls were constructed on loose earth.

The CM said that some walls at Mohan Gate had washed out, due to flash floods. “Few restored walls collapsed due to settlement of the soil leaving the foundation and joints vulnerable, resulting in the collapse,” he said. Akhund told the CM that the foundations of the walls of Ranikot were not deep, and they were standing on the top of cliffs making them susceptible to heavy downpours and slight movement.

Murad Ali Shah directed Akhund to conduct a survey of the damages and publish its results so that appropriate steps could be taken. He assured him that his government would extend maximum support to the EFT and he desired all the concerned stakeholders must participate in the venture.

The chief minister desired the EFT to establish a Disaster Management Cell for heritage monuments as a permanent autonomous body comprising all the stakeholders. It may be noted that Ranikot is a historical Fort located near Saan, district Jamshoro.

It is also known as `The Great Wall of Sindh’ and is believed to be the World’s largest fort with a circumference of approximately 32 kilometres.