Primary responsibility of armed forces not to win wars but ensure they don’t occur: General Bajwa 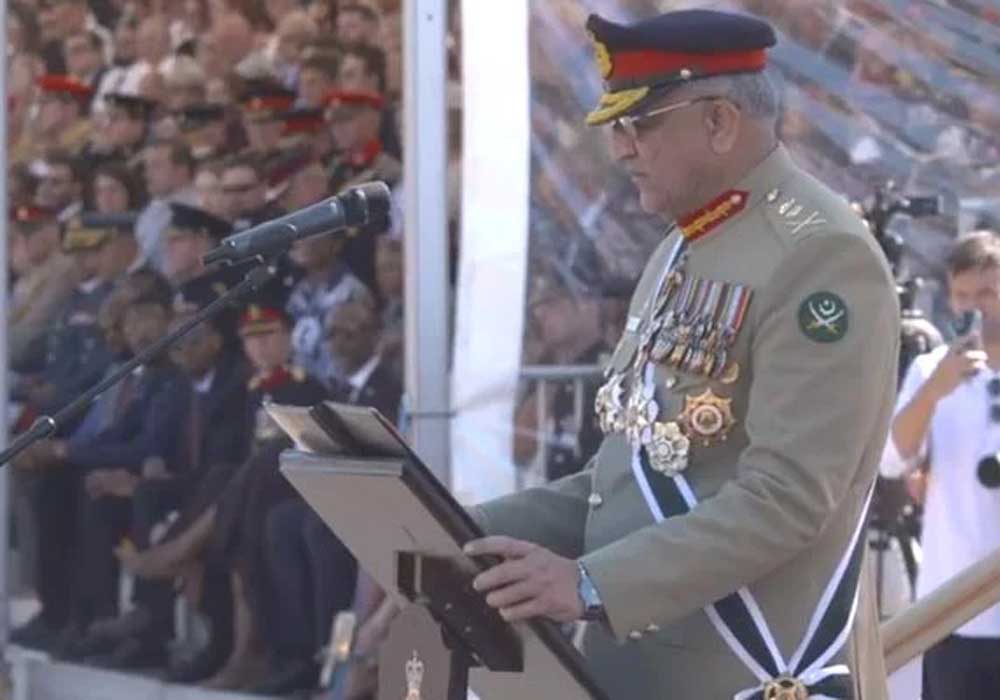 Chief of Army Staff General Bajwa has said that the primary responsibility of the armed forces today was not to win wars but to ensure that they did not occur.

The army chief made these remarks while addressing the passing out parade at the Royal Military Academy as the first Pakistani chief guest. He added that coming together and taking the route of peace and cooperation was our collective responsibility.

General Bajwa has also become first Pakistani dignitary to be the representative of UK Queen during the sovereign’s parade at the Royal Military Academy Sandhurst (RMAS).

General Bajwa, while expressing gratitude for representing the Queen, termed it as a unique honor and great privilege. He congratulated the passing out cadets and their families for completion of training course.

He said that two Pakistani cadets would also be graduating with them. He said that his presence at the ceremony was a testimony of relationships between the two countries based on mutual respect and shared values. 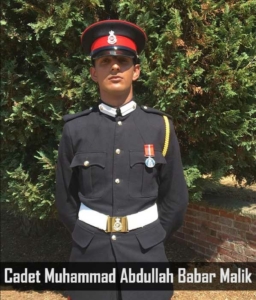 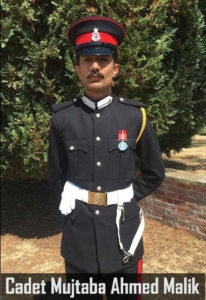 The COAS said, “The journey ahead of you is both challenging and exciting. As you grow, the demand of professionalism [from the cadets] will also increase,” he said, pointing out that no one was born with professional knowledge rather “it has to be acquired with constant pursue [sic]”.

He added that decision making along with professionalism was very important as taking decisions and fully accepting responsibility would require confidence and competence.

According to Defence Ministry of UK, General Bajwa has represented the Queen for commissioning course 213 (CC213) of the Royal Military Academy Sandhurst (RMAS) on Friday in a ceremony that attracted military leaders from dozens of countries.

The Royal Military Academy Sandhurst is one of several military academies of the United Kingdom and is the British Army’s initial officer training center.