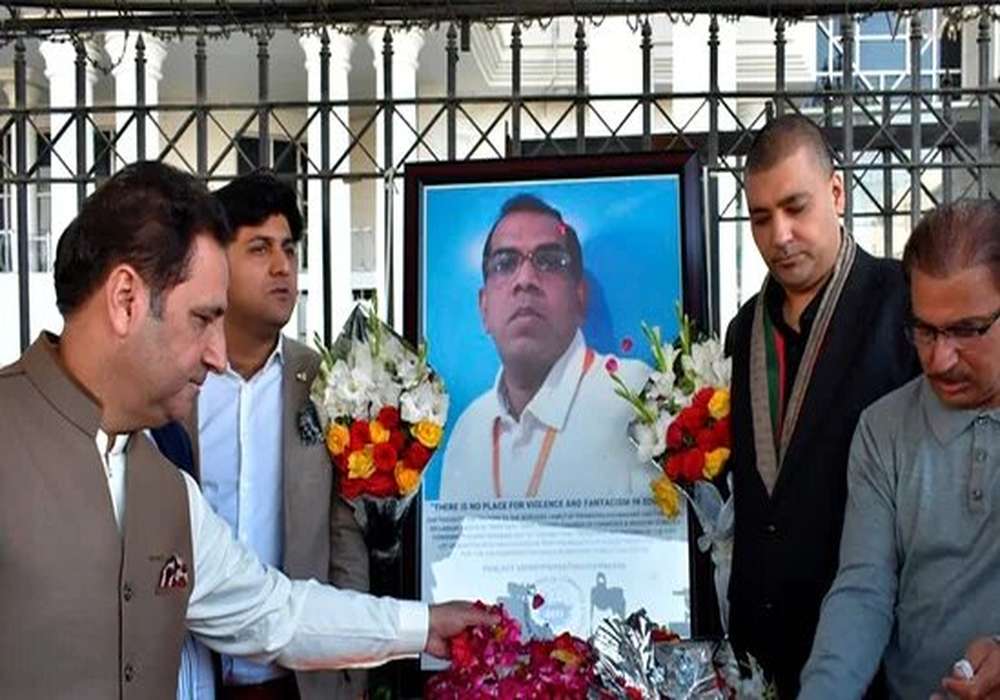 A convict in the Sri Lankan citizen’s lynching case challenged the verdict of an Anti-Terrorism Court before the Lahore High Court (LHC) on Monday.

Hafiz Muhammad Tamoor, the appellant, was awarded the death sentence for killing Priyantha Kumara, the manager of the Rajco factory in Sialkot.

The appellant submitted through his counsel that the prosecution failed to prove the case. He said he was accused by the prosecution that he hit the Sri Lankan on his head with a brick.

The forensic report, he said, was negative regarding the cause of his death by a brick. Hafiz said the statements of the witnesses did not meet the legal requirements.

He claimed that the lynching of the Sri-Lankan was not a pre-planned incident rather it was accidental. The appellants said that the ATC awarded the death sentence to six accused without any solid proof and evidence.

Under a Supreme Court’s verdict, the role of every suspect in the mob could not be identified, he argued. He asked the court to declare the verdict of the anti-terrorism court null and void and order their release.

The horrific incident that brought a bad name to the country across the globe took place at Wazirabad Road, Sialkot, on December 3, 2021, where a mob of hundreds of people tortured Priyanka Kumara to death over allegations of blasphemy before setting his body ablaze.

Hundreds of men and young boys could be seen in the videos that went viral on social media. The people were also seen chanting slogans around the burning corpse.

Taking action on the incident, Sialkot police registered First Information Report (FIR) against 900 workers of Rajco Industries on the application of Uggoki Station House Officer Armaghan Maqt under sections 302, 297, 201, 427, 431, 157, 149 of the Pakistan Penal Code and 7 and 11WW of the Anti-Terrorism Act. The authorities constituted 10 teams to identify the culprits through the CCTV footage, and conducted raids and arrested them.