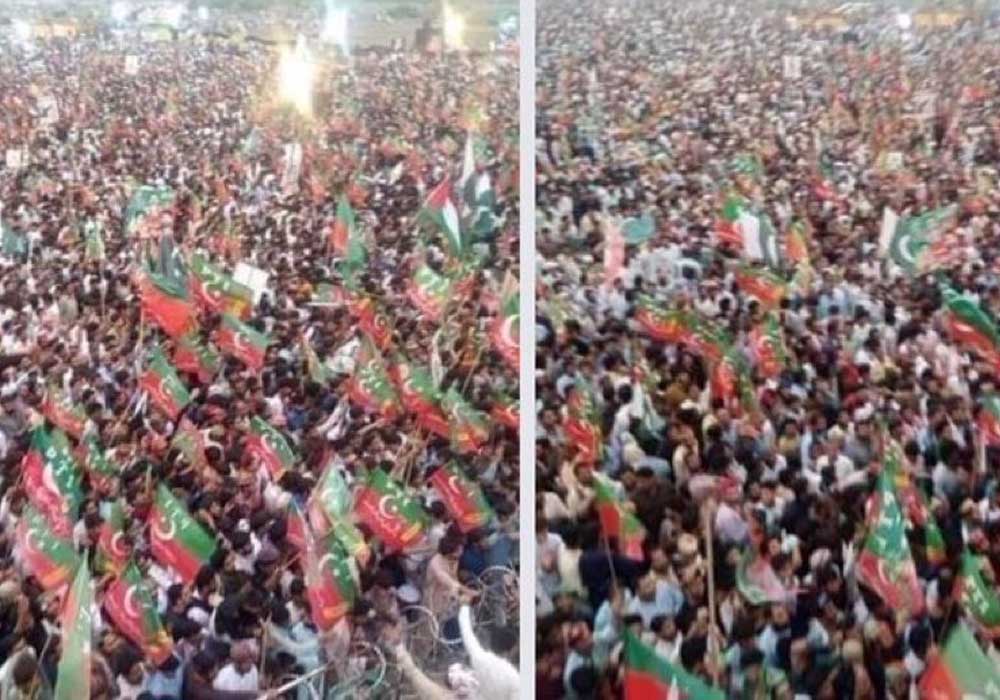 Pakistan Tehreek-e-Insaf (PTI) long march has been going on towards Islamabad from four different directions.

On GT Road PTI’s Vice Chairman Shah Mehmood Qureshi has been leading the march that has now reached Sarai Alamgir. PTI’s leaders including Yasmin Rashid, Mehmood-ur-Rasheed and others are also with the convoy on GT Road.

On the other side, PTI’s Secretary General Asad Umar is leading the second convoy of the march that reached Chiniot today. Other PTI leaders including Shehbaz Gill, Farrukh Habib and others have been along Asad Umar.

Asad Qaiser and Pervaiz Khattak have been leading the two convoys of march from Upper Dir and Swabi. While other PTI leaders including Murad Saeed are also along the long march.

PTI Chairman addressed the participants of all four caravans of the long march at Chiniot, Sarai Alamgir, Swabi and Upper Dir via video link.

Former federal minister Asad Umar has said that the country’s politics and thinking of the nation have now changed.

Addressing the participants of the PTI’s long march at Nawab Chowk PTI leader Asad Umar said that Imran Khan has brought the real revolution and that revolution was that every child has stood up to save the country.

Asad Umar said that now no one could look at Pakistan badly. He said that the power of life and death is with Allah but Imran Khan is ready to even sacrifice his life for Pakistan. He said that Imran Khan has changed the thinking of the nation and the country’s politics has also changed now.

On the other hand, PTI leader and former Speaker National Assembly Asad Qaiser in Swabi said that the government of thieves will end.

Former Defense Minister Pervez Khattak said that if there was no justice in the country it cannot progress. He said that they were out to free the country from thieves and for the sake of the future of children.

Khattak said that Imran Khan has said that he was not afraid of anyone and he will rise for the freedom of the country. He further said that under this government electricity and petrol have become expensive and there will be more inflation.

Advertisement
Share
Facebook
Twitter
WhatsApp
Email
Print
Previous articleAny agency could be deployed for security in local body elections, says CEC
Next articleImran’s politics revolves around posting, he must get out of this, Bilawal