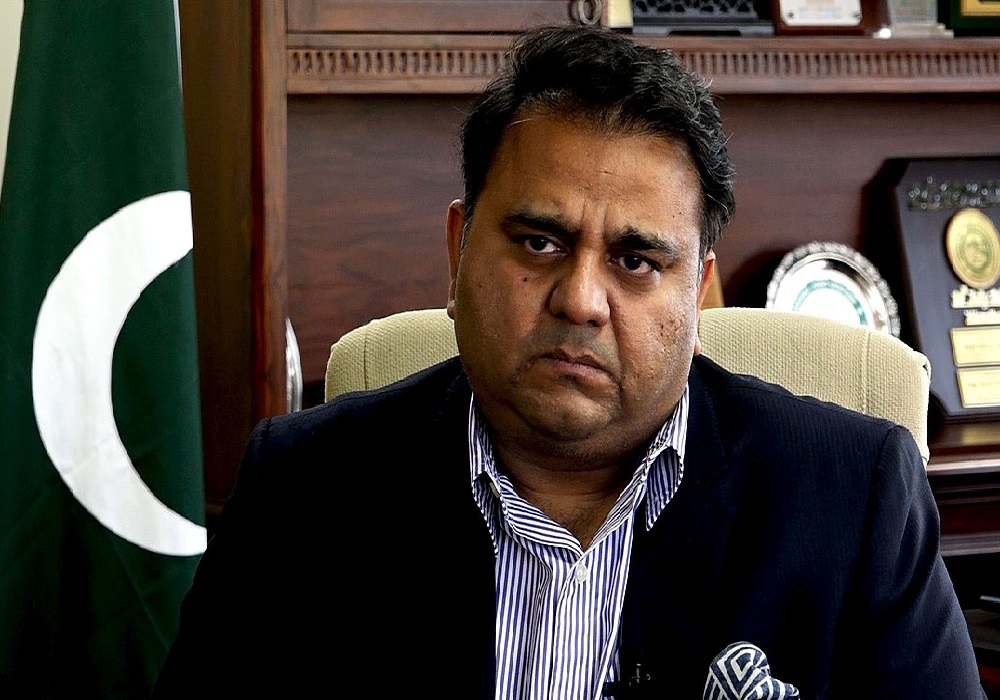 Pakistan Tehreek-e-Insaf (PTI) leader Chaudhry Fawad Hussain on Saturday disclosed that his party was considering filing a “judicial reference” against Chief Election Commissioner (CEC) Sikandar Sultan Raja for what he described as the “violation of the election and judicial code of conduct”.

“Two days ago, a meeting was held between the Election Commission of Pakistan (ECP) [officials] and the government. In it, they discussed the PTI funding case,” he said while talking to the media in Islamabad, claiming that it was a “gross violation” of electoral rules.

Fawad was referring to the recent meeting between the ECP and a delegation of the ruling alliance in which the former had urged the electoral body to release the verdict in the prohibited funding case against the PTI at the earliest. “The ECP chairman and members receive salaries equal to high court and Supreme Court judges. Even their perks and privileges are similar to judges… Thus, the code of conduct that applies to them is that of the superior courts,” he said. “Never does a judge of the superior court meet the respondents of a case he is hearing. He does not hold discussions over it.”

He said the CEC’s meeting with government officials was also against the judiciary’s code of conduct. “Ignoring these rules, they [CEC and others] met a respondent in a pending case and assured them that a decision will be made,” he claimed.

Meanwhile, former prime minister Imran Khan asserted that ‘mafias’ had destroyed the country’s institutions and promoted lawlessness to stay in power. During a meeting with presidents of important bar associations, including Islamabad High Court (IHC) Bar President Shoaib Shaheen, the PTI chief said the rule of law was the central principle of development agenda. “It is time for justice system to focus on law breakers and criminal elites,” he said, urging the lawyers to play their role for the supremacy of law.