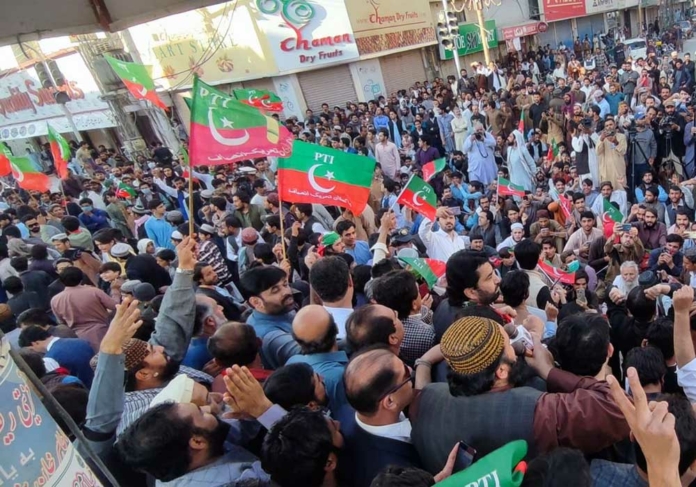 According to local media reports PTI protestors set up improvised stoves, built tents, and began cooking at the M2 motorway while protesting against the assassination attempt on former prime minister Imran Khan.

PTI workers were sitting on chairs on the road, digging up the road on both sides of the M2 highway, and building tents while the authorities watched in silence.

Educational institutions in Rawalpindi will be closed for a third day because of the sit-in and the political atmosphere.

It should be mentioned that the Shamsabad PTI protest is currently taking place on Rawalpindi’s Murree Road. Women, children, the elderly, and patients are required to travel by foot.

Chandni Chowk to Faizabad business centers is also closed because of ongoing protests in the city.