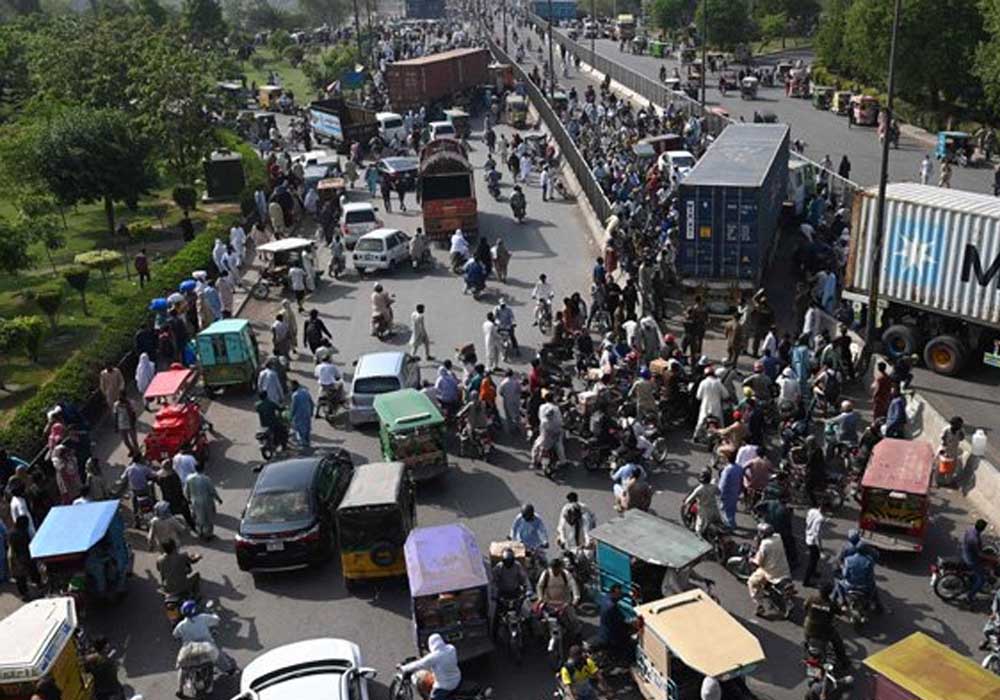 Pakistan Tehreek-e-Insaf (PTI) protests have continued at the entry and exit points of the federal capital Islamabad on the consecutive third day.

Traffic in Rawalpindi has been disrupted at least four points while PTI workers have started pouring to the main camp at Allama Iqbal Park as the evening is getting near. Murree Road has been blocked on both sides.

IJP road leading to Pirwadhai Mor, near Gulzar-e-Quaid at the old airport and the Grand Trunk (GT) road near Sarai Kala Chowk, Ratta Shah Margalla and Swan bridge have also been closed.

On the other side, the capital police have asked the federal government to extend their executive authority and jurisdiction to Islamabad International Airport and motorways to maintain a law and order situation. Islamabad police have asked for permission to exercise their legal mandate during the prevailing situation due to the PTI protests and long marches.

The announcement of a public holiday on November 9 due to the birth date of Allama Iqbal has somehow reduced the flow of traffic while the educational institutions of the city were already announced to be shut for two days due to protests.

The traffic advisory further said that Traffic coming to Islamabad from Taxila was being diverted to Srinagar Highway from Chungi No. 26. It also stated that Faqeer Epi Road and Srinagar Highway could be used by people affected by the roadblock at IJP road while People going to Rawalpindi from Islamabad could use Koral Interchange via Old Airport Road.

Yesterday PTI supporters continued their protest in Rawalpindi for the second consecutive day adamant that they won’t leave the streets until a fair investigation was launched into the attack on party chairman Imran Khan. They blocked roads and burnt tires due to which traffic was clogged in several areas of the city.